Leonardo Boff, a Catholic theologian in Brazil, meditates upon the prayer of Saint Francis and finds within its verses a cornucopia of spiritual insights and practices. Here is an excerpt on forgiveness.

Where there is injury, let me sow pardon.

"The dominant history is dominant because it is fashioned by the winners. They have poets who sing their victories, artists who raise monuments to them, and historians who enshrine their memory. But who listens to the voices of the victims unjustly wronged and defeated?

"The injuries come in countless forms and appear in endless guises. For ten thousand years women have been suffering under patriarchal male culture. They have been, and are, especially wronged because they are not recognized for their inestimable labor in reproducing life, educating their children, and passing on with their mother's milk the values that sustain the culture. They make history, but even when they occupy a significant portion of the labor market, and lead or take part in social movements, they are usually kept off the stage and invisible. Men forget that they were born from women.

"Native peoples on the various continents have been wiped out in hopeless wars or have disappeared through forced integration and assimilation. Wrongs are piled upon wrongs.

"Millions and millions of Africans were perversely torn from their lands and taken as slaves to be consumed like coal in the production process of whites — a wrong that is historically irreparable. The poor of the world are continually wronged in their dignity, for they are denied the right to a basic citizenship that would assure them the minimum for survival. Countless community, labor, political, and religious leaders have been and are still being unjustly imprisoned, tortured, exiled, and assassinated because of their struggle for elementary justice.

"Until the last judgment all these humiliated and injured have the right to claim justice and recognition for their cause.

"There remains the everyday, anonymous injury that takes place in interpersonal and social relations, when someone tries to put others down, destroy their image, and intentionally humiliate them.

"How to bring pardon where so much injury thrives? Above all, the oppressors are indebted to all the victims that they have created through history, a debt in justice. Women still do not occupy their rightful place in society, native peoples still do not till their own lands, and blacks who were once enslaved even today have not received any compensation whatsoever. They all remain humiliated and wronged.

"There is still a need to ask forgiveness. Heads of states and representatives of the ruling classes must solemnly, truly, and formally ask for forgiveness for the wrongs inflicted on millions of people over the centuries. Such a gesture entails recognition of a guilt that is repaired only by policies of compensation and by efforts to retrieve the memory, values, and cultures that have been silenced.

"But there is a forgiveness that the humiliated and injured are themselves invited to grant. Here lies the potential greatness and magnanimity of the human heart. For, giving those who have offended does not mean forgetting the blows and wounds received. It is the ability to see wrongdoers not just as wrongdoers, but as human beings who are to be pitied for the evil that they have perpetrated, while at the same time realizing that they are bearer of a potential that can turn them into friends and kin.

"Forgiving means opening them to this possibility. This is how we overcome the dichotomy between oppressed and oppressor and injurer and injured. We will then find ourselves on the same human ground from which we must together build a world where there is room for reconciliation and forgiveness, and where mutual care, kinship, solidarity, and mutual respect constitute the permanent foundations for life." 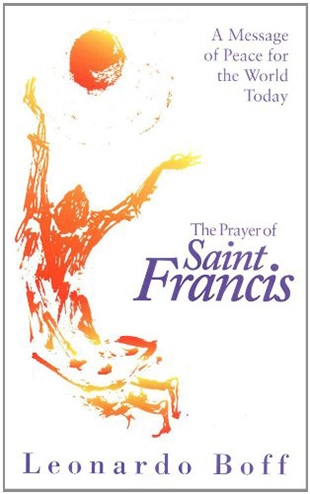