The Sacred Impulse A Planetary Spirituality of Heart and Fire

By James Conlon
The lineaments of a spirituality that is evolutionary, holistic, and mystical.

"In 1962, Pope John XXIII stood at St. Paul's Outside the Walls in Rome and convoked the historic Vatican Council II. In 1963, Martin Luther King, Jr., stood on the steps of the Lincoln Memorial and proclaimed his now historic 'I Have a Dream' speech. Today, as we stand at the portals of a new civilization, we search for the vision that will carry us into the transformative times that await us. Together, we gather to name the vision that is emerging from the creative outpouring of the new civilization about to be born.

"Emerging from the new civilization is a prophetic mysticism that manifests itself in alternative ways of living, an ecology that encourages us to place out trust in the 'commandments of creation,' as proposed by Thomas Berry:

"One view of our hoped-for future is nourished by the wisdom of the new cosmology and Earth literacy being developed by Berry. Guided by a vision of a time of creativity for both the human and Earth communities, Berry looks toward an era when a new realization of the sacredness of life will be fostered, accepted, and protected by humankind. He posits the following assumptions about the Earth community:

"The universe is a communion of subjects, not a collection of objects.

"Earth exists and can survive only in its integral functioning.

"Earth is a one-time endowment.

"Earth is primary, and humans are derivative.

"There is a single Earth community.

"oppressed our psyches and colonized our souls;

"robbed us of our bodies, dominated women, and devastated the Earth;

"institutionalized oppression that has brought society to the doorway of its own death; but it has also

"brought us to the threshold of a new vision of hope." 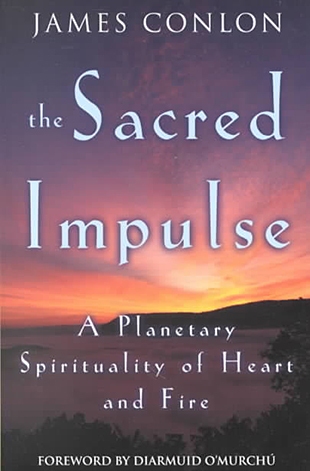