Practicing Peace in Times of War

By Pema Chodron
Pema Chodron on anger and self-righteousness as the shadow side of peace.

"We often complain about other people's fundamentalism. But whenever we harden our hearts, what is going on with us? There's an uneasiness and then a tightening, a shutting down, and then the next thing we know, the chain reaction begins and we become very righteous about our right to kill the mosquito or yell at the person in the car or whatever it might be. We ourselves become fundamentalists, which is to say we become very self-righteous about our personal point of view . . .

"Jarvis Masters, who is a prisoner on death row, has written one of my favorite spiritual books, called Finding Freedom. In a chapter called 'Angry Faces,' Jarvis has his TV on in his cell but he doesn't have the sound on because he's using the light of the TV to read. And every once in a while, he looks up at the screen, then yells to people down the cell block to ask what's happening.

"The first time, someone yells back, 'It's the Ku Klux Klan, Jarvis, and they're all yelling and complaining about how it's the blacks and the Jews who are responsible for all these problems.' About half an hour later, he yells again, 'Hey, what's happening now?' And a voice calls back, 'That's the Greenpeace folks. They're demonstrating about the fact that the rivers are being polluted and trees are being cut down and the animals are being hurt and our Earth is being destroyed.' Some time later, he calls out again, 'Now, what's going on?' And someone says, 'Oh, Jarvis, that's the U.S. Senate and that guy who's up there now talking, he's blaming the other guys, the other side, the other political party, for all the financial difficulty this country's in.' 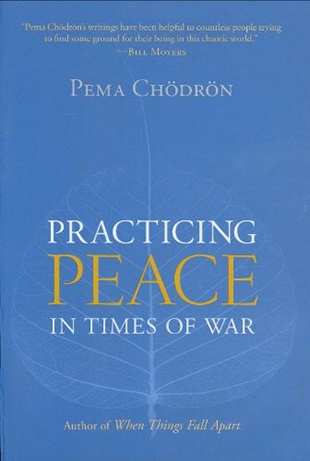