By Leonardo Boff
Leonardo Boff on Francis of Assisi's strategy to liberate individuals from hatred and violence by practicing kindness and compassion.

"The Liberating Strategy of Francis

"What is the strategy utilized by Francis to liberate individuals from the feelings and practices that lead them to hatred and violence? Here we touch upon what is perhaps the most original point of his perspective in view of social and historical conflicts. We will deal with the subject by referring to two legends that, like all legends, preserve the spirit better than the letter of the events: that of the thieves of Burgo San Sepulcro, and that of the wolf of Gubbio.

"In the first, a pedagogy of conquest and liberation is dealt with. The thieves were hiding in the surrounding forests and assaulting travelers. Driven by hunger, they asked for bread at the hermitage of the brothers. Moved by their need, the brothers helped them, although not without reservations: 'Would it not be right to give alms to these robbers who have done so much evil?' They presented the problem to Francis, who suggested various steps to deal with the situation: a) carry their best bread and wine to the forest and shout: 'Brother thieves, come here. We are your brothers, and we have brought you good wine.' The thieves come and take the bread and wine served by the brothers. b) Only afterward will they speak to the thieves of God. But they will not ask them to abandon their life of robbery; it would be asking too much, without gaining anything. They will ask them instead to do what they truly can do: when they rob, not to hit or harm anyone. c) The following day, the brothers will repeat the same ritual, but with better provisions, such as bread, eggs, and cheese. d) The thieves will eat, and a new proposal will be offered them: to abandon that life of suffering and hunger; God gives those who serve Him all that is necessary for the body and for the salvation of the soul. e) Finally, the thieves will be converted because of the cordiality and kindness of the brothers and some of them will ask to join the fraternity.

"As one can see, there is an explicit denial of accusation, censure, and condemnation. Francis's strategy gives way to goodness, cordiality, patience, confidence in the healing energies that are hidden in each individual, that may be activated through care and understanding. This perspective presupposes the overcoming of all Pharisaism and Manicheism, which place all good on one side and all evil on the other. It presupposes that in each person there is a possible thief and in each thief there is a possible brother. And the holy and good brother who is within each thief may be rescued if we treat him with gentleness, understanding, and care. It is the strategy of Francis — liberation through kindness.

"This structure emerges with greater clarity in the legend of the wolf of Gubbio. Beyond its historical content, there is in this legend an analogous situation. If we look closely, there is not an evil wolf on the one hand and good people on the other. What happens, in truth, is the use of the wild wolf, 'great big, terrible, and ferocious,' as the legend paints him, and of the other wolf of the city, armed and fearful. In other words, the legend deals with two actors who confront one another and whose only relationship is one of violence and mutual destruction. What is Francis's strategy? His perspective is not to force a truce, a type of balance of strengths inspired by fear. Nor is his strategy one of taking sides. He knows how to avoid Pharisaism, easily detectable in situations of conflict in which each social agent thinks more or less in the following manner: the evil ones are the others, not I, and so they must be destroyed. People don't question their own position for fear of discovering the evil wolf within themselves, living together in tension with the good. Francis's path is evangelical, a new path that is only discovered when each one is open to changing direction, directing themselves toward the other. The liberating challenge is to make new persons from the two types of wolves. This is how Francis perceives the poor-impotent and unarmed. He takes the path of the wolf. He does not go as a representative of the citizens; he goes as a poor man, as a citizen of the Kingdom of Heaven, fascinated by the newness of the Gospel. He closes the jaws of the wolf with the language of fraternity: 'Brother Wolf, come here.' He makes the wolf recognize his situation of 'deserving the gallows, thief and murderer.' But he also knows that 'all of these acts were done out of hunger.' With the promise of receiving the needed food, the wolf pledges not to harm anyone anymore. Francis has converted the wolf into Brother Wolf, a new being.

"Francis's strategy with the wolves of the city (the armed and fearful citizens) follows the same path. He does not give them reason, but calls them to conversion: 'Return to God, dearest ones, and do worthy acts of penance for your sins, and God will free you from the wolf of the present time and from the fire of hell in the time to come.'

"From this change in others may come peace: the wolf of the forest frequents the houses of men and they give him what is needed to live. And this peace is not the victory of one side over the other, but is the overcoming of sides and parties. It is true peace, which means, in a joyful expression of Paul VI, the 'balance of movement.' This movement is not oriented against the other but rather within and ahead: within through the conversion of each person, ahead through the creation of a convergence that is not a third way, but rather the new path of fraternity and peace, which no one possesses for themselves, but which all are invited to build.

Again, Francis's own procedure does not consist of exacerbating contradictions or denying the shadow dimensions of existence there where hatred, shame, and the spirit of domination reside. He gives a vote of confidence to the liberating capacity of kindness, gentleness, patience, understanding. 'Francis understands the situations. Where we see nothing but vice and evil, he discovers a secret bitterness, a depth of ignored kindness, finally, a creature to save. That is, he is truly a good man.'

"To achieve peace without any violence, he starts with his own person, as we have seen through many examples: the persuasive power of his word, poetry, and song. Peace is not only a goal that, must be reached, but also a method. Because of this, the first biographies rightly emphasize that he always proclaimed the 'Gospel of peace,' that he was an 'angel of peace,' always beginning his preaching with the greeting 'The Lord give you peace,' and that he admonished the brothers, saying: 'Go and preach peace to all.' This peace, Celano says, 'he proclaimed sincerely to men and women whom he met or who came to him. By this, he frequently found with the grace of God that the enemies of peace . . . became children of peace.' " 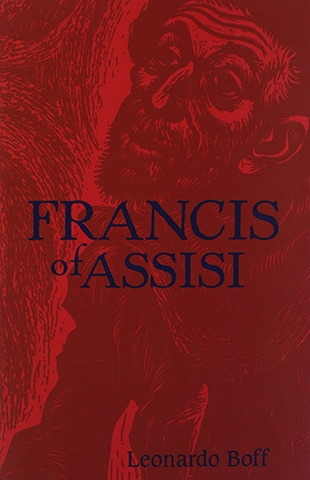