The Ten Commandments Laws of the Heart

"Stealing, in the biblical sense, then, is not so much a private or personal sin as it is a social sin. To take what we do not need, to destroy what is useful to another, to deprive those in the community of their basic needs is stealing.

"Strict honesty in business dealings is the foundation of the entire Torah, the Jew learns. It is, the Jewish child knows, the first thing for which a person is judged in the heavenly court. Business and a career are always to be considered secondary to our duties toward God, however successful the business, however consuming the career.

"In the final analysis, then, this commandment cries out for us today to rethink the Western notion that the accumulation of wealth is an ideal worthy of a human life. It reminds us that sharing is the human imperative because we all depend on someone else somehow to provide what we each need. None of us is entirely self-sufficient. It warns us that compensation must be just. It reminds us that stealing is as much about method as it is about money.

"In a world where credit card companies charge from 12 to 21 percent interest and 3 billion people are living on less than $2.00 a day while the average CEO of a Fortune 500 company is earning over $8,500,000 annually, 'You shall not steal' may be the commandment that proves what Jesus meant when he said, 'It is easier for a camel to pass through the eye of a needle, than for the rich to get into heaven' (Matt. 19:24).

"The 'deal,' the 'scam,' the legal loopholes that form the business patterns of the twenty-first century make stealing the template, the foundation, of the business world. Those who have get more. No questions asked. But those who have nothing get only disdain.

"With the rise of the middle class and the industrialization of the Western world, reformist theology swung away from the scriptural obligation to provide the poor with ways to glean their livelihood off the surplus of others. Instead, the whole philosophy of 'rugged individualism' emerged. Those who could get could have. Those who could not get died in the gutters of the newly emerging cities or lived in squalor. They sold their bodies to the evils of day labor in the nineteenth century and felt their souls smothered by the shame of being dependent on handouts and bread lines in the twentieth century.

"Now small checks, too slim to assure their dignity and reluctantly given, deprive their children of medical care and three meals a day.

"Stealing has become the order of the day in a world bulging with wealth and teeming with the poor at the same time.

"The interpretation of the commandment, shrunk to the level of the personal, gives a very specious comfort to those for whom the theme of social justice has long been missing in their understanding of the Decalogue's mandate for communal sharing. 'You shall not steal' has been reduced to mean no shoplifting, no pilfering, no pickpockets, no burglary, no petty theft. It has become the province of poor people, sick people, immature people.

"But the stealing the Decalogue really has in mind, is really concerned about, has actually become the sin of rich people, powerful people, people in a position to say 'take it or leave it' to those who seek a living wage or subsidized housing or medical benefits and pensions.

" 'I have heard the cry of my people in Egypt' (Exod. 3:7) Yahweh says to Moses in the burning bush 'and I mean to deliver them.' The awesome thought of Yahweh bringing down plagues on a people who treated them poorly, overworked and underpaid them, sends a tremor through the entire Hebrew scriptures. If we listen carefully, it is almost possible to feel the shudder again, now, in our own time, when 225 wealthy people have an annual income equal to that of 2.5 billion of the poorest people on the planet and, as a result, the poorest die daily from starvation." 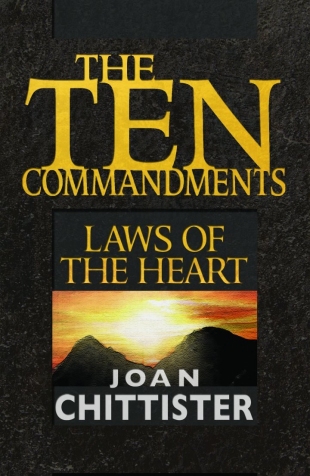