The Dream of the Earth

By Thomas Berry
Thomas Berry on being mindful of the earth, the planet we have abused.

"It is important that we be mindful of the earth, the planet out of which we are born and by which we are nourished, guided, healed — the planet, however, which we have abused to a considerable degree in these past two centuries of industrial exploitation. This exploitation has reached such extremes that presently it appears that some hundreds of thousands of species will be extinguished before the end of the century.

"It is indeed true that species become extinct in the natural processes whereby the great variety of lifeforms have developed over the centuries, for there is a violent as well as a benign aspect of nature. Yet in the larger pattern of life development over hundreds of millions of years, new species have appeared in ever-greater florescence. There is reason to believe that the earth was never more resplendent than it was when human consciousness awakened in the midst of the unnumbered variety of living forms that swim in the seas and move over the land and fly through the air.

"When the agricultural civilizations began some ten thousand years ago the human disturbance of the natural world was begun in a serious way. It may be said in general that these early Neolithic and the later classical civilizations had some deleterious effects on the regions they occupied. The extent varied according to geographical location and cultural traditions, but in the larger perspective the damage was sustainable.

"In our times, however, human cunning has mastered the deep mysteries of the earth at a level far beyond the capacities of earlier peoples. We can break the mountains apart; we can drain the rivers and flood the valleys. We can turn the most luxuriant forests into throwaway paper products. We can tear apart the great grass cover of the western plains and pour toxic chemicals into the soil and pesticides onto the fields until the soil is dead and blows away in the wind. We can pollute the air with acids, the rivers with sewage, the seas with oil — all this in a kind of intoxication with our power for devastation at an order of magnitude beyond all reckoning. We can invent computers capable of processing ten million calculations per second. And why? To increase the volume and the speed with which we move natural resources through the consumer economy to the junk pile or the waste heap. Our managerial skills are measured by the competence manifested in accelerating this process. If in these activities the topography of the planet is damaged, if the environment is made inhospitable for a multitude of living species, then so be it. We are, supposedly, creating a technological wonder world.

"It is not easy to know how to respond this attitude; its consequences are so overwhelming. We must, however, reflect on what is happening. It is an urgent matter, especially for those of us who still live in a meaningful, even a numinous, earth community. We have not yet spoken. Nor even have we seen clearly what is happening. The issue goes far beyond economics, or commerce, or politics, or an evening of pleasantries as we look out over a scenic view. Something is happening beyond all this. We are losing splendid and intimate modes of divine presence. We are, perhaps, losing ourselves.

"Some years ago, in 1975, in the cathedral of John the Divine in New York, there was a public discussion on technology and the natural world by Edgar Mitchell, the astronaut; Eido Roshi, the Zen master; and Lame Deer, the Sioux Indian. When Lame Deer spoke, he stood with the sacred pipe in his hands and bowed in turn to the four directions. Then, after lifting his eyes to survey the vast cathedral, he turned to the audience and remarked on how overpowering a setting it was for communication with divine reality. Then he added that his own people had a different setting for communion with the Great Spirit, a setting out under the open sky, with the mountains in the distance and the winds blowing through the trees, with the earth under their feet, surrounded by the living sounds of the birds and insects. It is a different setting, he said, a different experience, but one so profound that he doubted that his people would ever feel entirely themselves or would ever be able to experience the divine adequately in any other setting.

"It made an overwhelming impression on me and still lingers in my mind, causing me often to reflect on what we have gained and what we have lost in the lifestyle that we have adopted; on the encompassing technocratic, manipulative world that we have established; even on the sense of religion that we have developed. We must not over romanticize primitivism, as has been done on occasion; yet when we witness the devastation we have wrought on this lovely continent, and even throughout the planet, and consider what we are now doing, we must reflect. We must reflect especially on the extinction of species we are bringing about. It is estimated by highly regarded biologists that between now and the year 2000, in slightly more than ten years, in our present manner of acting, we will extinguish possibly between one-half and one million species out of the five to ten million species that we believe presently exist." 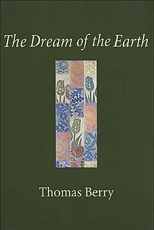