"Dr. Isabel Benveniste demurely covered her mouth with her napkin and laughed; her eyes wrinkled behind her thick glasses.

"Neither of them spoke for a few moments, then she said, 'Kalman, may I ask you a personal question? I've been wondering about it since we met. Why did you become a rabbi?'

" 'Well, your question is often a euphemism for "Why on earth would anyone in his right mind want to earn a living like that?" But a trapeze artist you don't ask, or a podiatrist, or a prostitute — only people who devote themselves to helping others try to find meaning in their lives. The real question, I've always thought, should be "Why doesn't everyone want to be a rabbi, or a minister, or a priest?" What more fulfilling way could there be for someone to spend a life? I became a rabbi because a rabbi gets to be there when life seems to be coming apart or coming back together. He's the one who is supposed to know how to help find the meaning of life. In my case, there's only one problem. After decades, I still don't know anything more about it than when I walked into rabbinic school.'

"She was captivated by what he said and, especially, by the peculiar way he spoke when he got excited. He sounded so intent and earnest — as if he were too excited to be bothered with the rules of ordinary syntax. She removed a tissue from her purse and cleaned her glasses. 'Kalman,' she said, smiling, 'rabbis preach sermons, right?'

" 'Well, I'm curious. Do you write out your sermons, or do you give them without notes?'

" 'Every single word is right there in front of me on a piece of paper.'

" 'I would have thought that a man with your command of language would find preaching from a text too constraining.'

"Kalman shrugged and looked away. 'Mostly I preach variations of the same three sermons over and over again.'

" 'No, I'm serious. Sure, there are a lot of variations, but that's all any preacher has. Three basic sermons.'

" 'Well, many of mine are about mysticism and how everything is connected, so I guess you could say they're about why we are here and what life means.'

" 'You didn't answer my question.'

" 'I write books with mysticism in the subtitle. Does that count?'

" 'Can you at least tell me what mysticism is?'

"He closed his eyes as if he were trying to come up with a new and honest answer. 'Mysticism,' he said, 'is the taking of more and more into your field of vision until there is nothing left outside — not even the one who is looking. Something like that.'

" 'But surely no one could be in such a place all the time?'

" 'Correct. It's like breathing pure oxygen — you'd die of old age in ten minutes. Kabbalists explain it like this. There are two modes of being, if you will, two worlds. There's the World of Separation, this one that we inhabit most of the time, with its myriad array of discrete, finite, and seemingly independent parts, each with its own name, location, and, if it's human, its own agenda. Then there's the World of Unity, a radical monism, where there are no parts, no boundaries, and no names. There, everything is all one, or, more accurately, everything is the One. But the World of Separation abides within the bosom of the World of Unity. The best way I've ever found to explain it is an image I first heard from Daniel Matt, translator of the Zohar into English. He once explained that we have a word for leaf, twig, branch, trunk, roots. The words make it easier for us to categorize and comprehend reality. But we must not think that just because we have words for all the parts of a tree, a tree really has all those parts. The leaf does not know, for instance, when it stops being a leaf and becomes a twig. And the trunk is not aware that it has stopped being a trunk and has become the roots. Indeed, the roots do not know when they stop being roots and become soil, nor the soil the moisture, nor the moisture the atmosphere, nor the atmosphere the sunlight. All our names are arbitrarily superimposed on what is, in truth, the seamless unity of all being. And that is when the World of Separation gives way to the World of Unity. It lasts for only a moment, the twinkling of an eye. Then it's gone and we're bounced back into this World of Separation.'

" 'I feel that way sometimes when I look at the heavens.' " 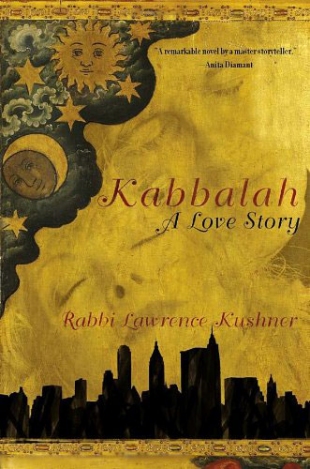