"As much as I have protested that virtue alive in the world is not about lovely platitudes, beauty is one of its defining attributes. A passion for beauty has always been at the core of human religious experience. Art, architecture, literature, and music owe everything to religion. The examples begin pouring out if you ponder this for just a second, lush and wild: not just the music of Bach, but the mandalas of Tibetan Buddhism, the calligraphy of the Qur'an, and on and on and on.

"It was a Muslim thinker who put a theological point for me on this link between beauty and essential spiritual virtue. Khaled Abou El Fadl has put his life on the line, as the title of one of his books puts it, 'wrestling Islam from the extremists.' But when I sat down with him for a public dialogue with a rabbi, Harold Shulweiss, in Los Angeles, I wanted to draw out gentler words I'd noticed throughout his writing. He insists that the key to the future of Islam lies in recovering its 'core moral value of beauty': God delights in beauty, Islam teaches at its core, and is beauty. Beauty is in creation, not destruction. It is in the human intellect and the human heart, El Fadl goes on to infer, and in their powers to apply sacred text toward creation, balance, and knowledge in the deepest sense. Like other Muslims I've spoken with, he finds an underpinning theme in the Qur'anic teaching that God created humanity male and female, and of diverse peoples and tribes, 'so that you may come to know one another.'

"That night in Los Angeles, Rabbi Shulweiss responded in kind, recalling the evocative Jewish biblical counterpart: 'the beauty of holiness.' This is a beauty of wholeness, he said — not just of forms and shapes but of relationships. It contradicts the fractionalizing force of religion, which after all was invented by human beings, not by God. We talked that evening about some of the bitterest issues in modern life: why religion gets us into such trouble, why religion paradoxically is at the heart of so much violence and war. Often when religious people are asked to speak of such things, they begin with doctrine, or ethereal ideals like moral imperative or divine justice." 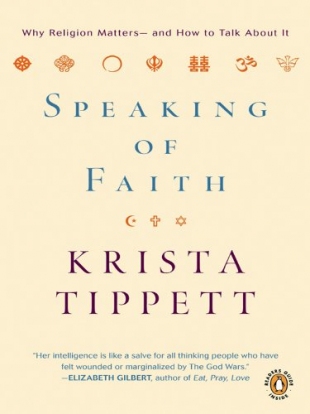