Noticing the Divine An Introduction to Interfaith Spiritual Guidance

"Not only are the native traditions different from other world religions, they are about as different from one another as they can be. The tribal rites of Uganda look very little like Celtic rituals, and both are very different indeed from modern, urban neo-pagan circles. What they have in common, however — besides the belief in many gods — is a religious intuition that myth is more important than doctrine. Native traditions do not have systematic theologies, as we have come to think of them. Instead, they have stories — stories of gods, demons, humans, and half-breed beings in between; stories of treasure and loss, of failure and redemption, of the underworld and the abode of the gods. A college professor of mine once said, 'Myths are stories that make sense of our lives,' and the myths of every culture have served exactly that purpose.

"The ancient Greeks explained the changing of the seasons by telling the story of Persephone, who was dragged by Hades to the underworld, where she was made to stay for four months out of the year. Her mother, Demeter, furious at Hades for stealing her daughter, swore that while she was there, nothing would grow upon the earth, creating winter.

"The Yoruba people in Africa explained that some people are prettier than others — and even sometimes deformed — because the god who shaped human beings from clay was drunk when he did so.

"These are not scientific explanations, of course, but people would not begin to think 'scientifically' and call into question their myths until the Greek philosophers began the trend over 2,000 years ago. Before that, humankind had been content with the explanations their sacred stories provided for millions of years.

"Though we want scientific explanations these days for genetics, for why the sun rises and sets, and other mysteries of nature, there are mysteries of the human soul that science cannot begin to explain. For these mysteries, stories are still the best tools we have to help us understand ourselves.

"Though our modern economy is based on scarcity, and society is stratified into the haves and the have-nots, matters of the soul are not sufficiently valued for people to hoard spiritual resources. This is both sad and fortunate. Sad because a single soul is infinitely more valuable than a Ferrari, and fortunate because there is no scarcity of stories, the very food of the soul.

"We are fed on stories from birth. Our parents read stories to us on their knees, we watched stories unfold during Saturday morning cartoons, we heard them every week in Temple or Sunday school, or in our other places of worship. We thrilled to them as children, we gravitated to other sorts of stories as teenagers, and if we were wise, we returned to the simple tales of our faith traditions as adults, with new ears.

"We also make our own stories. The stuff of these stories is our lives, and we tell them to one another constantly. We relate our dreams to one another over breakfast, we gossip about co-workers at lunch, and we tell stories of our workday over dinner. At night we watch the stories of other people's ordinary — or not-so-ordinary — lives on television or at the cinema.

"We tell these stories to each other for the very same reason our ancestors told stories of the gods and heroes around the campfire — we seek meaning in our lives. We relate our dreams to our spouse because we hope that together we might be able to tease out some meaning from the bizarre imagery. We gossip about the ditzy clerk three cubicles away at lunch — and don't look so high and mighty, you've done it, too — because it makes us feel better about ourselves to see someone else more inept than we. We talk about our workdays over dinner because we discern that somewhere in the mix of struggle, frustration, and achievement, our lives are valuable and worth the living. And then we collapse on the couch and observe the stories of others, not only because we want to expand our knowledge beyond our direct experience, but because on some real and mystical level, their stories are our stories.

"In watching others live out their dramas at the movies or on television, or in listening to a friend relate a recent adventure, we extrapolate and learn things about ourselves. The ancient Gnostic Christians taught that humans are not born with a soul, we have to make it during our lives if we are to have anything left once the body falls away. We must nurture our soul and feed it. We feed it with stories, both in the telling, and in the hearing.

"Spiritual guidance sessions provide safe space for sharing these sacred stories — stories of our own lives, the lives of our loved ones, as well as a place to ruminate on the myths we have inherited, the myriad stories about the gods we hold dear. Talking with a spiritual guide helps us to reflect on these stories and to discern their meaning for us with intention. In the presence of a compassionate and supportive friend — or friends — the guidance room becomes sacred space. This is now the circle where the exploits of gods and humans are told, where meaning is found, where our souls can be nourished to grow, and where the Heart of Heaven becomes manifest to us.” 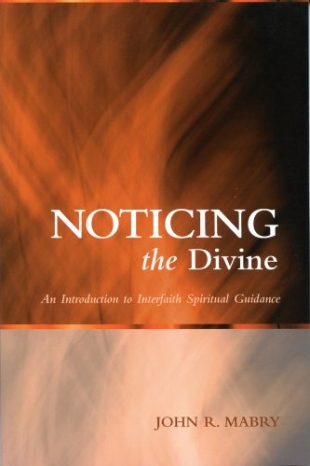