Foolsgold Making Something from Nothing and Freeing Your Creative Process

"When I was a little girl I donned my invisible gown to dance, spin, and leap like a nymph at the edge of a secret garden. I don't know when freely moving my body in dance became fear-laden to me, although it was probably during junior high, when I was supposed to be 'asked to dance.' I stood with the other girls in an awkward line at school parties in the cafeteria and hoped the right boy would ask me, although I wasn't sure who that was. I had to be cool, on beat, in the right skirt and body. For a while I could jitterbug with my popular curly-haired on-the-beat friend Gail, who was a strong, sure leader, unlike most of the boys except a few like popular Bruce, king of the hop.

"But before long I lost my natural flow. It didn't help that I ended up in a 'panty girdle,' along with most of us girls in our teens at that amazingly still-Victorian time. I probably weighed all of ninety-eight pounds. Mom told me it wasn't ladylike to 'jiggle.'

"A few years later, a friend invited me to a ballet. It was one of Rudolf Nureyev's first performances in the United States after defecting from Russia's Kirov Ballet. He was paired with the great Dame Margot Fonteyn. Watching the exotic Nureyev leap like a wild animal who was also profoundly human, I was spellbound. I could barely breathe. Margot Fonteyn was otherworldly. I was watching two souls made visible through the dance. The drama and passion made me swoon.

"I wanted my body to feel free that way, body beyond physical body as energy and art. I sat there in my panty girdle wanting to fly out of my seat. Instead, aside from swirls and swoops when I was ice skating, I forgot how to move to music.

"I was both terrified and excited a few years ago when my friend Tanha challenged me to join her for twelve African dance classes with Jeanne and Larry, fresh from New York, alive and hot with African rhythms. Tanha felt inhibited, too. When she was about twelve, power-striding along, her mom told her that she walked like a man. After that Tanha says she forgot how to walk, much less feel free and powerful within her body.

"African dance contained everything my upbringing told me not to do. I felt hopelessly awkward. Shimmy? Not a chance. Determined to learn, I sat on the edge of my bed practicing until I could shake on top without shaking my bottom. Still, I often felt hopeless during class and left in tears more than once.

"By the end of six weeks, although still barely following the moves, I realized I'd come upon something essential to my well-being. My marriage was ending and my feelings of sadness were intense. Full-out dance to drums helped me survive what seemed like a fearful loss. I found a way to connect with and contain my flood of emotions and express them with my body. In some ways I think dance has brought me fully into my body for the first time, enlivening my womanliness, my sexuality, my sense of myself as a creature grounded on earth.

"Mabiba Baegne, a visiting dance teacher from Congo, explained in a workshop once that in Western culture a person in crisis or breakdown is removed and hospitalized. In African culture the person is taken to the center of the village to be healed in a circle of drummers and dancers.

"Now I understand why, in most cultures, dance, song, music, and rhythm are essential parts of coming of age. In dance I think we connect with our own and each other's souls. Dance allows the expression of delight, exuberance, rage, grief. Whatever emotion we're feeling can be moved through the body. Who I am in the world, my full expression, seems connected to my body moving in this way. Although I wasn't aware of this at the time, I think I decided to adopt the dance ritual of another culture to finally allow myself, with children grown and gone, to come of age.

"The dances I know — from Africa, the Caribbean, Brazil — involve more than performance and expand my idea of art. The dance and drums are a form of both storytelling and prayer. In Japan, I've read, people don't pray, they dance. When I saw Nureyev leaping free, his dance, both contained and passionate, seemed like prayer to me, a form of communion." 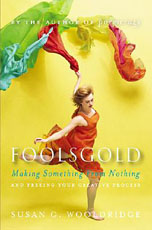