By Sam Keen
Sam Keen's experience of the symphony of animals and the possibility of deeper listening.

"Then I met Bernie Krause, a dedicated listener and onetime member of the folk group The Weavers, who changed his profession from playing music to listening to and recording wild soundscapes throughout the world. In his quest for biophonies — creature symphonies, sounds capes of specific habitats or biomes — he has traveled from the Amazon to Zimbabwe, recording everything from jaguars to baboons, from ants singing to the music of the rain forest.

"One morning before sunrise, Bernie and I made our way to a remote valley near my home in Sonoma, California, that was well insulated from human noise. Dawn is typically the best time to listen to the birds because there is little wind and sound carries well. Bernie set up his recording equipment, and then we took a seat and waited for the concert to begin.

"After a long, cold night and no breakfast, we heard a male bird advertise his virility by the intensity and vigor of his song. Different species of birds and insects roused themselves from sleep at different intervals and began warming up their vocal cords. At first, a few of the featured soloists and supporting vocalists began rehearsing: a host of Song Sparrows practiced the soprano melody; Purple Finches and lesser sparrows added chirps, tweets, and twitters; Mourning Doves crooned the antiphonal moan; ubiquitous crows provided the caws and cackles; and woodpeckers delivered the percussion. As the morning began to warm up, insects beyond number furnished a rich drone composed of hums, buzzes, and the swish of wings. All of this was accompanied by the sighing of the wind and the gurgling of the brook. A few minutes after full dawn arrived, the cacophony seemed to end and the thousand individual creatures began to tune their instruments to a single complex pattern. Gradually, an invisible conductor forged the discord into a unified composition — Symphony in a Meadow on Sugarloaf Mountain — that lasted until the sun was high and hot.

"When we turned off the equipment and listened through stereophonic earphones to the recording we had made, I was drawn into a psychedelic soundscape richer than any I had experienced. I was surprised to hear the songs of many birds I neither recognized nor had consciously heard with my naked ears. Additionally, in the distance, I heard the familiar gobble of Wild Turkeys and the soft whirl of hummingbird wings, neither of which I had noticed. But what was most amazing was that the recording revealed not a chaotic collection of random songs and sounds, but a soundscape in which each creature had its unique aural niche. Bernie explained that insects, birds, mammals, and amphibians in healthy habitats occupy sonic niches that allow each creature to express its voice without competition from others. Listening carefully, I could hear the various singers and players respond to one another like members of a New Orleans jazz band.

"In subsequent days, as I listened to Bernie's recordings of ants singing, an elk bugling, a jaguar in the Amazon, a lone cricket, and a California forest before and after logging, my ears opened and I began to understand how unsoundly I had been living. Like a new convert who has suddenly realized the folly of his former ways, I felt I had sinned and should recite the old Prayer of Confession, slightly revised: I have neglected the many voices to which I ought to have listened, and have paid attention to chatter, noise, and endless words I ought to have ignored.

"When did I abandon the rich soundscape that called to me in childhood, the quack, chirp, whinny, bark, whine, bleat, mew, cackle, hoot, honk, and warble of birds, the whisper or howl of the winds, the splash and swoosh of falling water? When was the last time I fell asleep listening intently to the lullaby of cicadas or the sound of soft rain on a tin roof? And why did I cease listening?

"Like most modern people, I am in danger of becoming a prisoner in Plato's cave, a captive in a virtual reality, brainwashed by a barrage of data, e-mails, messages, spam. I am inundated by profane language: I live and move in a mediascape that is constantly hawking merchandise, ideologies, and gospels that promise easy happiness and cheap grace. If I am not careful, my mind and soul will be colonized by the money changers who have invaded the temple of language, destroying the sacred bond between word and truth.

"In addition, there is the everyday cacophony of automobile horns, airplanes, cell phones ringing, fire engines, ambulances, police sirens, boom boxes, jackhammers, and occasional bombs bursting in air. For anyone who craves yet more noise, the danger of silence can be avoided by the portable music player. The walking wired have eliminated the risk of experiencing a silent moment into which strange thoughts might intrude.

"It is difficult to estimate the toll the profane soundscape has taken on us. The omnipresence of noise and speed destroys the rhythm of meditative and contemplative thought. We literally cannot hear ourselves think. We go from word to word to word, instead of from silence to word to silence to word. Our talk is loquacious rather than deliberative. Listening is rapidly becoming a lost art.

"When profane words and noise fill every nook or cranny of our time and space, the fertile silence that is an integral part of reverence is destroyed. 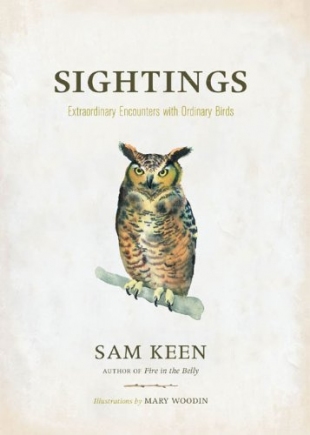