Here Comes Everybody The Power of Organizing Without Organizations

By Clay Shirky
Account of impromptu social activism happening at a movie theater.

" 'Outside the restroom doors . . . the theater was in chaos. The entire Sicko audience had somehow formed an impromptu town hall meeting in front of the ladies room. I've never seen anything like it. This is Texas goddammit, not France or some liberal college campus. . . . The talk gradually centered around a core of 10 or 12 strangers in a cluster while the rest of us stood around them listening intently to this thing that seemed to be happening out of nowhere. The black gentleman engaged by my redneck in the restroom shouted for everyone's attention. The conversation stopped instantly as all eyes in this group of 30 or 40 people were now on him. "If we just see this and do nothing about it," he said, "then what's the point? Something has to change." There was silence, then the redneck's wife started calling for email addresses. Suddenly everyone was scribbling down everyone else's email, promising to get together and do something . . . though no one seemed to know quite what.'

"Those observations, made by Josh Tyler on the film review site CinemaBlend.com, demonstrate our changed social environment. This group of people, from various backgrounds and brought together only by the accident of a matinee showing at the mall, were able to exchange e-mail addresses, knowing that, unlike exchanging addresses or phone numbers, it would let them take the moment of collective inspiration in the lobby and save some part of it for later.

"The lobbying group MoveOn has also recognized the convening potential of Sicko and has an organized campaign to sign up members by sending recruiters to various showings of the movie. The verdict is still out on whether any of the current interest in reforming the U.S. health care system will change anything, but if I had to pick between MoveOn and groups like the self-organized strangers in Dallas for having the more profound effect, I'd bet on the ad hoc groups. These kinds of efforts are unlikely to be long-lived or self-sustaining — no office in D.C., no budget from donations — but the unpredictability of that kind of effort makes it a signal of a kind of commitment that is hard for any ordinary membership organization to produce effectively." 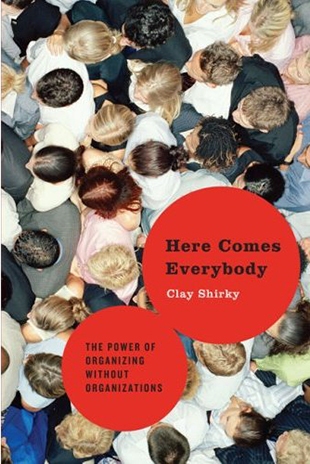