"Such simple acts can have major effects on a neighborhood. In his book The Tipping Point, Malcolm Gladwell shows how when community activists in New York City focused on 'small' things like rowdiness and neighborhood cleanliness and began showing a desire to make positive change, crimes such as rape and murder declined. 'The small number of people in the small number of situations in which the police or the new social forces had some impact started behaving very differently,' and their behavior caught on. Who knows what effect your act of courtesy may have in your community?

Can You Hear Me Now?

"The proliferation of cell phones has introduced a whole new arena for courteous or discourteous behavior. I will never forget the first time I felt the brunt of this reality. I was in the middle of a counseling session with a client when his cell phone rang. He said, 'Excuse me,' then answered his cell phone and proceeded to have a five-minute conversation with the person on the other end. After the phone conversation he repeated, 'Excuse me,' and we continued our conversation as though nothing had happened. Later I had a hard time believing this had actually occurred. Since then, though, I have had similar experiences on many occasions, not necessarily in the counseling office but in private conversations and in public places.

"Cell phones have become such a source of discourtesy that July has been declared National Cell Phone Courtesy Month. It apparently is not helping the situation. In a recent survey, 91 percent of the respondents said they had been victims of 'technology-related public displays of insensitivity.' It's interesting to note that in the same survey, 83 percent of respondents said they never or rarely were guilty of committing such acts. As with so many acts of discourtesy, we notice the actions of other people but remain unaware of our own.

"How often have we seen two people sitting across from each other at a restaurant, one talking away on her cell phone while the other stares out the window? I don't know where we got the idea that the person who is calling is more important than the person in front of us. I understand there are exceptions for emergencies or certain on-call jobs. In the normal flow of life, however, the rule of courtesy is: Don't answer your cell phone when you are talking with someone.

"Courtesy transforms moments of annoyance into opportunities for grace. The remarkable thing is that it takes less time and energy to be kind than it does to get angry.

"I spend a great deal of my time on airplanes. I am regularly given the opportunity to accommodate a husband and wife or a mother and daughter who wish to sit together. I must be honest and say that I genuinely prefer the aisle seat. But the question is, How would I treat a friend? Middle seats are not so bad when you have the satisfaction of knowing you have enhanced the trip for others.

"Then there is the matter of relating to telemarketers, especially those who interrupt dinner to sell vinyl siding for a brick house. Rather than treat them rudely, how about saying, 'Don't need the vinyl siding but glad to see that you are working hard. I wish you well. Have a great day'? It takes less work to treat the person courteously than it does to vent irritation, and when we are courteous, we feel much better after the encounter has ended." 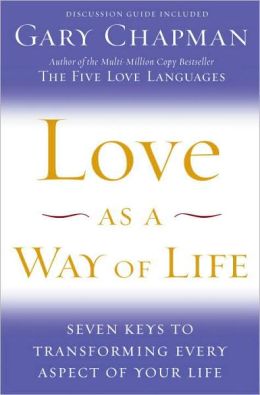