A Persistent Peace One Man's Struggle for a Nonviolent World

By John Dear
John Dear on adopting peacemaking and love as a way of action.

"I pondered my identity as a white male, well-educated, upper-class American. I tried to embrace, instead, an identity more egalitarian — an identity, in biblical terms, as 'the beloved son of God,' brother of Jesus. As a beloved son of God, I was summoned to follow Jesus as a disciple and companion on the road to peace through the wisdom of nonviolence. Just as Jesus learned, after his baptism in the Jordan, and again on Mount Tabor, who he was in his relationship with a loving God, I was discovering my true identity — in relationship to Jesus. This new self-understanding has enabled every step I have taken since. It puts my life in context, not as a citizen of the USA, but first and foremost as a citizen of the reign of God.

"Quickly enough, though, I glimpsed my own violence and faithlessness. I began to see the little ways I rejected God and hurt family and friends and those around me. Whether through sinfulness or selfishness, I end up focusing on myself rather than on the needs of others. Most days I think of myself as God's gift to humanity, or at least, to the Society of Jesus and the Church. In reality, I wake up grouchy, mean, angry, and violent, the mere shell of a loving human being. Through the day, I might be presentable, but too often I house within me violence, pride, and self-centeredness. So much of the time I am but a perfect reflection of a culture that is all about domination, greed, and aggression.

"It dawned on me, too, how very differently Jesus lives — how he practices perfect selfless love and embodies divine, creative nonviolence; how he disobeys the customs and ordinances of institutionalized injustice and imperialism; how he forgives those who killed him and, even as he died, trusted that he would live on in God's loving realm of peace. Again inspiration swept over me. I acknowledged my own longing to engage in creative nonviolence and to advocate it publicly.

"This would put me in a lonesome spot. Just as I had encountered the towering wall of St. Peter's Basilica, I would have to stand against the Church's bulwark on matters of war, namely, its entrenched and sacrosanct Just War Theory. Moreover, to stand publicly against injustice would put me at risk of harassment, rejection, and imprisonment. But in the contest between hesitation and longing, my longing won out.

"During the retreat, a quote from Cesar Chavez, the United Farm Workers union organizer, appeared on the bulletin board. 'The truest act of courage, the strongest act of being human, is to sacrifice ourselves for others in a totally nonviolent struggle for justice. To be human,' he said at the end of his great fast in 1968, 'is to suffer for others.' This statement cut to the heart of things. His simple words moved me deeply, and they summed up what I was learning. I began to pray that they would be my words as well. I, too, wanted to spend my life in selfless service, to take part in the nonviolent struggle for justice. And here was another lens through which to look at things; I could gain my humanity by consciously suffering in love for others.

"Years later, I was honored to become a friend of Cesar Chavez. We stayed up late one night a few months before his sudden death, and I confessed how those words had inspired me. Did he still believe them? I asked. Yes, he said. He still believed that the greatest contribution one could make in the struggle for justice and peace was to offer one's life, even if it meant to suffer and die." 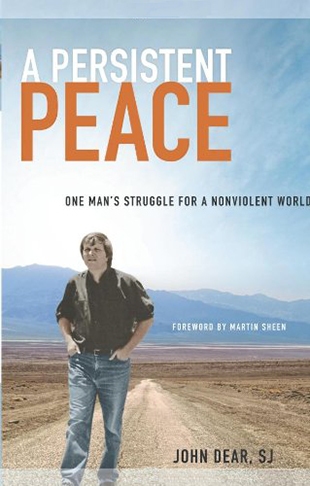