Listening Below the Noise A Meditation on the Practice of Silence

By Anne D. LeClaire
Recommendations for practicing silence in your everyday life.

"A Hindu monk wrote, 'If I could get one percent of the world to practice silence, the world would be transformed.'

"And so we begin.

"What will your secret garden look like? Will the space fill a field? An acre? A narrow border? Will you begin with an entire day? A weekend retreat? An hour before bed? Several minutes? The point is to begin to slow down your life and focus your attention.

"Here are a few suggestions to start. Perhaps one will speak to you.

• "On the commute to work or while running errands, turn off the car radio.

• "When performing a routine chore — folding laundry, washing dishes, straightening a room, weeding the garden — make it a habit to do the task in silence.

• "When a task is completed, sit in restful awareness for several minutes before running to the next chore on the list.

• "After finishing a telephone conversation, sit quietly for a minute or two. Breathe.

• "Take a long walk without earbuds pouring noise into your head.

• "Proclaim one day a month, or one morning a month, a time of nonspeech. If an entire day or a half day feels too impossible, try an hour. Like a child learning to swim, wade in the waters of silence before swimming out.

• "Break the habit of automatically turning on the radio or television when you walk into a room.

• "Take the television out of your bedroom.

• "Unplug the phone or turn off the ringer.

• "Take a sabbatical from e-mail.

• "When you are part of a group, experiment with just listening to the others converse, staying silent yourself. Observe your own inner dialogue.

"There are, too, small gaps in our daily rounds where we can carve out moments of silence.

• "Waiting in line, in doctors' offices, in the car, sit without activity or without talking.

• "Have a meal alone. Without distractions. Without a book or magazine.

• "Arrange a vacation alone. A weekend or a week. Spend part of that time without talking, checking e-mail, or text messaging.

• "Enroll for a weekend at a retreat where silence is practiced.

• "Wake an hour early and spend that hour in deliberate stillness.

• "End the day in silence, an hour that will bring you back to yourself.

• "Tune your five-string harp. Awaken to your senses.

• "Set aside a formal silence time for your family." 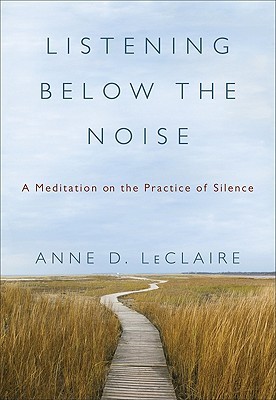