Recovery - The Sacred Art The Twelve Steps as Spiritual Practice

By Rami Shapiro
Rami Shapiro's instructions in the full body prostration (devotion) practiced by Tibetan Buddhists which acknowledges that God, not the ego, is the greater reality.

"Not every religious tradition has a formal prostration practice, but they all have a variation of it in bowing. Bowing is as close to a universal human religious practice as any practice can be. Traditional Jews, Christians, Muslims, Hindus, and Buddhists all engage in some form of bowing. In Islam, prostration, sujud in Arabic, is the central act of the five-times daily prayer (salaat), and proper prostration requires that your forehead, palms, knees, and the base of your toes all touch the prayer rug.

"While Jews bow continually during prayer, they don't generally prostrate themselves. Yet the Bible tells us that biblical Jews often 'fell on their face' when praying to God. Even today it is customary in more observant synagogues for the rabbi and cantor to prostrate themselves during the Yom Kippur Amidah prayer in a manner similar to Muslims. On a daily basis observant Jews recite the Aleinu prayer containing the line, 'We bend our knees, prostrate, and acknowledge our thanks,' and bow deeply when doing so.

"Though Catholics and Protestants often kneel in prayer, prostration is more common to Eastern Orthodox forms of Christianity. Prostration goes further than that in Islam, with the person lying flat on the floor with her arms stretched out from her sides.

"Buddhists bow three times before and after their formal chanting and meditation sessions. The first bow is to the Buddha, honoring one's intent to become a Buddha oneself. The second is dedicated to the dharma, the teachings of the Buddha, and the third is dedicated to the sangha, the community of Buddhist practitioners. Buddhists kneel, and then lower their foreheads to the floor, with their forearms and elbows on the floor. Their hands are placed palm up about four to six inches apart, and their head is placed between the palms. When the head touches the floor, the palms are raised.

"The kind of bowing I practice, and the kind I am suggesting here, is full-body prostration adapted from Tibetan Buddhism:

"1. Stand with your feet together, and bring your hands together with the base of the palms and the fingertips touching one another.

"3. Gently drop to your knees, and stretch out your entire body on the floor, extending your arms forward, your hands still touching in the sign of thanksgiving.

"4. Then bring your hands to the top of your head to acknowledge that it is God, not the ego, that is the greater reality.

"5. Remain prone. You may choose to focus on your breath, or offer a prayer of thanksgiving or supplication. I tend to simply rejoice in the feeling of surrender. I am completely vulnerable in this posture, completely at the mercy of whatever is happening. And yet through it all I sense God's support.

"6. When you are ready, stretch your arms out in front and push yourself up to the kneeling and then standing posture. Return your hands to your head.

"7. Repeat the process as often as you wish." 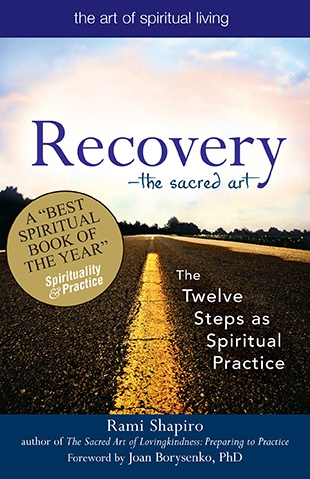