By Joan Chittister
Joan Chittister on how Jesus models a loving acceptance of those who have trouble doing what is right and religiously proper.

"The most religious thing of all Jesus shows us may be the loving acceptance of those who have trouble doing what is 'religious' and 'right,' however socially correct, however upstanding it may be, however correct they themselves would like to be.

"That's where we begin to get a little nervous. That's where the spluttering starts: With that kind of loose-living attitude, what would happen to moral standards? What would happen to the moral fiber of the nation? What would happen to the neighborhood? What would happen to the family, the church, the town, the office, the school if we tolerated deviance, if we didn't stop such deviations, if we didn't require good, upstanding, moral behavior? In fact, that's the trouble these days, isn't it? That's the 'L' word. We've been 'liberal.' We've become lax. We've deteriorated. Or rather, they have deteriorated. We have not. And so the new religion, which is really only more of the old one dressed up in indignation and sour shouts of doom, is setting in. The punitive, the authoritarian, the conservative — meaning reactionary — is becoming commonplace. We want longer prison sentences for first-time offenders. We want 'three strikes and you're out,' a 'throw-away-the-key' approach to small-time repeaters whose harm has been only to themselves. We're not interested in protecting the innocent; we want to kill the killers. We want the dissenters silenced. We want the nonconformists excommunicated. We want the rebels reduced to nothing. We want law and order.

"So intent are we on religion that we have forgotten righteousness. We can't understand the Helen Prejeans who walk to our electric chairs with the condemned. We have no time for crafty lawyers who plea-bargain for the people our newspapers convict. We deplore judges who give reasonable sentences to decent people who have found themselves in indecent situations. We wonder about those who consort with the people we suspect. We look with a touch of bewilderment at all those people who treat lovingly the ones we cannot yet love because we ourselves are still more religious than righteous. So much for Jesus with thieves. So much for Jesus with tax collectors. So much for Jesus with women taken in adultery. So much, indeed, for a gospel riddled with the unacceptable, the suspect, the devious and the weak — for the lepers and the Samaritans and the women." 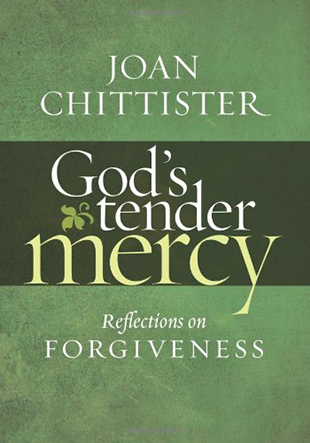