Creatures of the Same God Explorations in Animal Theology

By Andrew Linzey
Andrew Linzey on people with companion animals believing that God loves animals too.

"The bottom line is that lots of people love their animals and dare to think that God does too.

"When people speak of 'sentimentality,' what they often have in mind is that certain emotional responses are inappropriate, and some may be. It is reinforced by the rather straight-laced line in the Catechism of the Catholic Church: 'One can love animals; one should not direct to them the affection due only to persons.' That almost suggests that there is only a limited amount of love in the world so we should not waste it on animals. How can it be reconciled, one wonders, with the extraordinary love of other creatures displayed by many Catholic saints? Can the emotional rationing proposed co-exist with Christ-like generosity?

"But emotional response, even if it is worthy as a starter, is not enough. There are big theological questions that should be addressed. Although clergy are often reticent about giving them voice, many 'ordinary' worshippers have grasped them: If God loves and cares for creation, should not the species uniquely made in God's image also demonstrate that same loving care? If our power over animals is not to be its own self-justification, should not the example of moral generosity — of lordship expressed in service — glimpsed in the life and example of Jesus be the model for the exercise of our own 'dominion' over other creatures? Far from creation being 'made for us,' is it not truer, and more adequately biblical, to say that humans are made for creation — to act as servants and guardians of what God has created? Animal services can, at best, provide a platform to say important theological things about animals. These include the need for a sense of wonder and awe at divine creativity, an appreciation that God delights in differentiated being, and that we should delight in it too, and, not least of all, a penitential recognition of human hubris and greed that results in animal abuse.

"There are also many, largely un-met, spiritual needs. People who keep animals have often made an elementary but profound discovery: animals are not machines or commodities, but beings with their own God-given lives, individuality, and personality. At their best, relations with companion animals can help us to grow in mutuality, self-giving, and trust. And yet, these spiritually sustaining relationships often go unrecognized. For many, animals are the 'significant others' in their lives. Indeed, one recent theologian has suggested that in these relationships of apparent 'excess' we see nothing less than the self-giving of God. 'I want to suggest that, from a theological perspective that takes pets seriously,' writes Stephen H. Webb, 'animals are more like gifts than something owned, giving us more than we expect and thus obliging us to return their gifts.' Far from decrying these relationships as 'sentimental,' 'unbalanced,' or 'obsessive,' as frequently happens today, churches could point to their underlying theological significance as examples of divine grace." 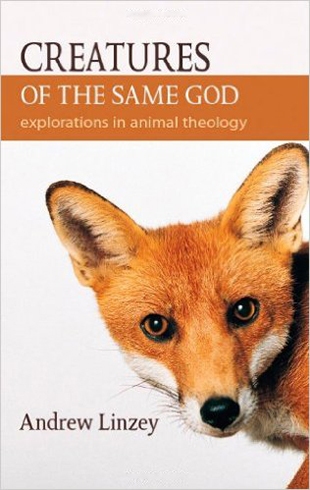