Like a Tree How Trees, Women, and Tree People Can Save the Planet

"The tree is a powerful symbol. Trees appear in many creation stories, such as the World Ash or the Garden of Eden. Religions, especially the Druids, have revered trees. Buddha was enlightened sitting under a Bodhi tree. Christmas is celebrated by decorating Christmas trees. There are sacred trees throughout the world. 'Family tree' has a symbolic connection to the theme of immortality. Myths and symbols are the carriers of meaning. In them, a situation is presented metaphorically in a language of image, emotion, and symbol. Because human beings share a collective unconscious (C. G. Jung's psychological explanation) or the Homo sapiens morphic field (Rupert Sheldrake's biological explanation), a symbol comes from and resonates with the deeper layers of the human psyche.

"Like a Tree circles around the subject of tree: the result is a series of views, from many different perspectives. Mythology and archetypal psychology are sources of information about the symbolic meaning of the tree. Botany and biology classify and describe. To learn about trees is to appreciate them as a species. Beliefs about sacred trees and symbols of them have been part of many religions, and turned trees into casualties of religious conflicts. The unintended consequences of cutting down all the trees on Easter Island were disastrous, with applicable parallels to the fate of the planet. In Kenya, the Green Belt Movement engaged rural women to plant trees. When this became known through honoring the founder, Wangari Maathai, thirty million trees had been planted and, in 2004, she became the first African woman to be awarded the Nobel Peace Prize.

"As I went deeper and deeper into the subject of trees, I entered a complex and diverse forest of knowledge, from archeological to mystical. I learned that we wouldn't be here at all — we, the mammals and humans on this planet — if not for trees. Whether huge forests or a single specimen that is one of the oldest living things on Earth, trees continue to be cut down by corporations or individuals motivated by greed or poverty, who are ignorant of or indifferent to the consequences or meaning of what they do. I learned that reforestation was the difference between cultures that stayed in place and thrived, and those that cut down the trees and did not: these are very applicable object lessons for humanity now. It's possible to learn from past history and see what will befall us or how trees may save us." 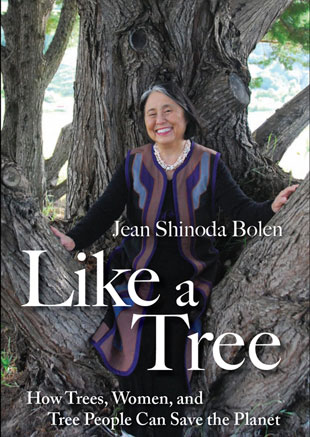