God Is Subversive Talking Peace in a Time of Empire

By Lee Griffith
Lee Griffith on advocates of nonviolence refusing to use other people as a means to an end.

"Militarism has always been a prominent feature of American society, ever since European settlers came armed with visions of building a shining city on a hill. They perceived themselves as being on a mission from God, a mission in which not even genocide was precluded. But militarism has reached a feverish pitch in the days since World War II, and it has been refueled by rage and fear since September 11, 2001. In the past few years especially, the federal government has gone looking for institutions that have been somewhat impervious to militarization, and that has included some colleges and universities. Unlike Elizabethtown, some schools already have facilities for Reserve Officer Training Corps and some hold major contracts for military research. In order to make the remaining schools less independent of the armed forces, the government has passed laws requiring that colleges and universities host military recruiters, and if they refuse, the schools face the loss of federal aid and grants.

"It's not only institutions but also individual students who are faced with a financial carrot and stick. Males who do not register with Selective Service at the age of eighteen can be denied government-sponsored education assistance. When I was a student, refusal to cooperate with the draft carried the risk of prison, but not the additional risk of being denied access to formal education. Today, there is registration but no draft. It's interesting to me that the people who are calling for a reinstitution of the draft are not, for the most part, Republicans but Democrats like Congressman Charles Rangel of New York. One of Rangel's points is that young people who join the military today are often from poor families — kids who can't afford college and who face the choice of joining the U. S. Army or being unemployed. Some politicians who oppose reinstitution of the draft probably suspect that college campuses would not be so silent today if students faced the imminent prospect of being drafted.

"But the absence of a draft does not alleviate the seriousness of the questions that students face, including the question of whether to register with Selective Service. In addition, since college is not a moratorium from life, students face the same questions confronting all adults about whether to resist the militarism in our society. I really like the efforts of some students at Elizabethtown to gather together a community of peace activists, to open dialogue on the campus, and to work toward an ongoing, nonviolent presence at the local military recruitment office. . . .

"Some people claim that militarism and pacifism are two extreme positions on opposite ends of a single continuum. At one extreme, the miltarist contends that force holds the promise of solving all manner of problems, while at the other extreme, the pacifist contends that violence is never an acceptable response. For those who maintain that these are two extremes along a single continuum, there are plenty of options in between. Over toward the militarism end is the so-called 'just war' position, while those tending toward pacifism would allow for the use of force in rare instances — say to prevent genocide or to defend a loved one.

"I don't believe the continuum idea is valid because I don't believe that violence and nonviolence are essentially related to one another in a way that can be measured by gradations. As the 'non' in front of 'nonviolence' suggests, they are related to one another as negations rather than gradations. I do not believe that the way to move from violence to nonviolence is gradually to shave away a little bit of violence until I wake up some morning to discover that I've become a pacifist. Nonviolence differs from violence in its very basic insistence that people may never be used as means to an end. If I start from a position that espouses the acceptability of violence in certain circumstances, I can't get there from here. I can't get to nonviolence through gradual transition. It requires a leap — a leap of faith.

"In speaking of this leap, I don't mean to suggest that conversion takes place only as a blinding flash. Even Paul's road to Damascus (Acts 9:1-31) was a road, with preparatory moments along the way and with uphill struggles that followed the time of revelation. One could even say that conversion is the beginning of struggle, not the end of it. With Paul, the initial outward manifestation of his conversion was that he ended his persecution of the Jewish followers of Jesus. It was not that he eased the persecutions a little bit at a time, and it was not that he changed the identity of those whom he was persecuting. He ended the violence. Conversion is ongoing and ever new, and with nonviolence, it is the newness that must be emphasized. Whatever preparatory moments there may be, one does not embrace nonviolence by gradually limiting the circumstances in which violence is endorsed. But again, the struggle is ongoing. One can never arrive at a point of saying, 'Now I am truly nonviolent. Now I am most unlike the militarist.' Such an arrogant assertion is not only unloving; it employs the spirit of violence by treating people as nothing but means — means of comparison and means for the assertion of one's own righteousness." 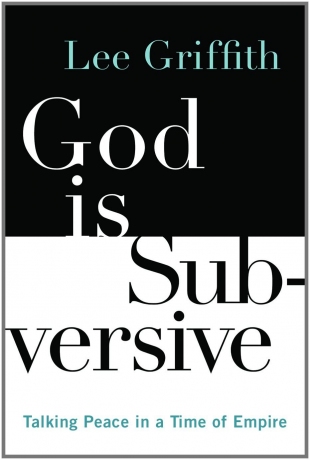