Soul Food Stories to Nourish the Spirit and the Heart

"At the time of the Buddha a story is told about a young woman named Kisa Gotami who experienced a series of tragedies. First her husband and another close family member died. All that remained for her was her only son. Then he was stricken with illness and died as well. Wailing in grief, she carried the body of her dead child everywhere asking for help, for medicine, to bring him back to life, but of course, no one could help her. Finally someone directed her to the Buddha who was teaching in a nearby forest grove. She approached the Buddha, crying with grief, and said, 'Great teacher, master, please bring my boy back to life.' The Buddha replied, 'I will do so, but first you must do something for me, Kisa Gotami. You must go into the village and get me a handful of mustard seed [the most common Indian spice] and from this I will fashion a medicine for your child. There is one more thing, however,' the Buddha said. 'The mustard seed must come from a home where no one has died, where no one has lost a child or a parent, a spouse or a friend.'

"Kisa Gotami ran into the village and ran into the first house begging for mustard seed. 'Please, please, may I have some?' And the people seeing her grief responded immediately. But then she asked, 'Has anyone in this home died? Has a mother or daughter or father or son?' They answered, 'Yes. We had a death just last year.' So Kisa Gotami ran away and ran to the next house. Again they offered her mustard seed and again she asked, 'Has anyone here died?' This time it was the maiden aunt. And at the next house it was the young daughter who had died. And so it went house after house in this village. There was no household she could find which had not known death.

"Finally Kisa Gotami sat down in her sorrow and realized that what had happened to her and to her child happens to everyone, that all who are born will also die. She carried the body of her dead son back to the Buddha. There he was buried with all proper rites. She then bowed to the Buddha and asked him for teachings that would bring her wisdom and refuge in this realm of birth and death, and she herself took these teachings deeply to heart and became a great yogi and a wise woman." 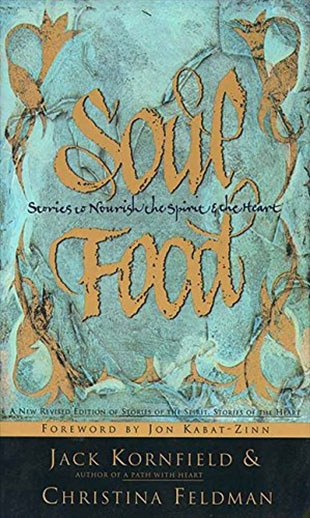