By Wendy M. Wright
Wendy Wright on how Mary in her littleness and humility stands by the poor and the marginalized.

"A significant dimension of the Catholic imagination is the emphasis on littleness and particularity. Once again Jesuit literary scholar William Lynch says it neatly. 'The heart of the human imagination, as of human life, must lie in the particular and the limited image or thing.' This emphasis plays itself out in a hundred ways in social and ecclesial life: the option for the poor, the moral principle of subsidiarity, a preference for the virtues and vows of simplicity, poverty and humility, a (guarded) tolerance for local cultural expressions of faith, a concern for the marginalized, the unborn, and the immigrant. This emphasis is in some tension with the equally strong instinct within the tradition for the common good and for common worship and defining statements of belief. Nevertheless, the local, the limited, and the particular have a special place in the Catholic imagination.

"I find this strange and wonderful sensibility in the way that my conversation partners along my pilgrimage road speak about Mary and their relationship to her. On the one hand, while she is acknowledged by the vast majority of devotees to be a universal figure, she is intimately present to individuals and to very particular communities in ways that honor their distinctive identities. The Vietnamese know her as Our Lady of La Vang, who first appeared in 1798 deep in the jungle forests of Quang Tri Province and offered solace and healing to refugees fleeing from an intense persecution of imported foreign faiths and who has continued to protect her followers from suppression by competing feudal lords and hostile governments of all stripes. To Polish Catholics she is the Black Madonna of Czestochowa, who first came to them in the fourteenth century and later protected the famous monastery of the Bright Mount from the invading Swedes and more recently sustained them under Communist rule. Lebanese Maronite Catholics claim special intimacy with her because according to scripture, Jesus and his mother visited Lebanon during his public ministry. They venerate a sanctuary in the south of their home country dedicated to the Virgin at a place where Mary is believed to have stayed awaiting her son as he visited the cities of Tyre and Sidon. The local and the particular are recognized as cherished by the Virgin Mother, who spreads her sheltering mantle over those who turn to her.

"This intimacy that devotees feel, this special regard that the Virgin bestows on them, are what I hear from my conversation partners all over the archdiocese." 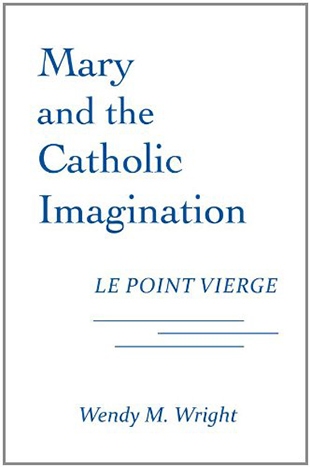