All Is Grace A Ragamuffin Memoir

"In Little Brothers fashion, Dominique's body was transported down to Saint-Remy, no embalming. His body was then laid out on a table with a candle at each end. The best phrase I can think of to describe the number of people who came to pay their respects and honor this man is 'a great throng.' Two of the Little Brothers constructed a simple coffin out of wood, and Dominique's earthly body was buried.

"Many times over the years I've wondered why I had the privilege of being friends with Dominique Voillaume, of having my life tenderized by this unsung hero, of being one of thousands at his wake to pause momentarily between the borders of candles and look upon his face. I don't completely know. I do know that his message to me — 'It's okay not to be okay' — was a seed that germinated in my later preaching ministry; in fact, it informed everything I wrote and spoke about for more than forty years. Some people might say the line 'God loves you as you are, not as you should be' is synonymous with the name Brennan Manning. I would say they're right, but they should know that the truth behind those words was impressed upon me by the life of a man who had experienced it himself. I do know that much. But beyond that, je ne comprends pas — I don't understand." 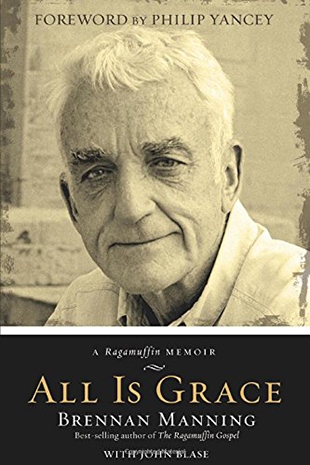