"All this to say that the American dream is real. It is not some pipe dream, but the guiding principle of a social order that offers opportunity to all of its citizens — a chance for men and women of all races and nationalities, from even the lowest rungs of the economic ladder, to attain their fullest stature. It is a dream that has been realized more fully in America than anywhere else in the world. You need look no further than your own family history to see the dream at work. The American Dream is our legacy to the world. The French may have given the world la belle cuisine and the Italians art, but the United States has held out the prospect of hope and opportunity to the millions who make it their home.

"But now the American Dream is on life support — it's not dead but teetering on the brink of oblivion. Our banking and mortgage industries, crippled by avarice, have been propped up by billion-dollar bailouts. The U. S. auto industry was nearly destroyed, and it was changed forever in the upheaval. Millions of homeowners are in foreclosure or unable to make their mortgage payments; millions more have burdensome credit card debt and a nonexistent savings rate.

"Not since the Great Depression have we seen such carnage. Why, you might ask? The simple answer is that many of us got lost somewhere along the road to the American Dream. How could something that started out with the noblest of intentions devolve into little more than a mad dash for material possessions?" 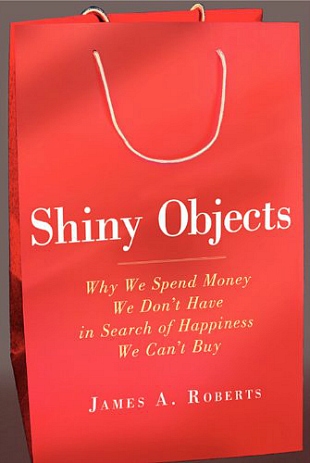