By Joan Halifax
Joan Halifax on how shamans are responsible for restoring balance and harmony in communities.

"The shaman's work entails maintaining balance in the human community as well as in the relationships between the community and the gods or divine forces that direct the life of the culture. When these various domains of existence are out of balance, it is the shaman's responsibility to restore the lost harmony.

"When I was in Huichol country in Mexico, I came to realize that Matsuwa was not only a shaman-priest but also a politician — a sacred politician. His political action was effected not only through ceremony, when the community gathered to celebrate the gods that guide them on their way, but also individually, whenever the need arose. However, the ancient rituals that have persisted through millennia are the true heart of the community, linking it to an inexhaustible and sacred past. When there is social strife and disharmony, resolution is frequently achieved through these timeless events.

"I remember Matsuwa, at the end of the second night of the Wima'kwari (drum ceremony), fiercely beckoning individuals from disparate social factions to the sacralized ground before him. He touched his prayer feathers (muvieri) to objects that had become infused with life energy force (kupuri) and transferred the precious substance to those who were in need of it, a transmission similar to the communication of shakti between Hindu guru and disciple. By doing this, Matsuwa was equalizing or balancing a social situation that was obviously a problem in the community. He also brought his people into the real field of power, a power that would enable them to see and understand the true meaning of their own lives." 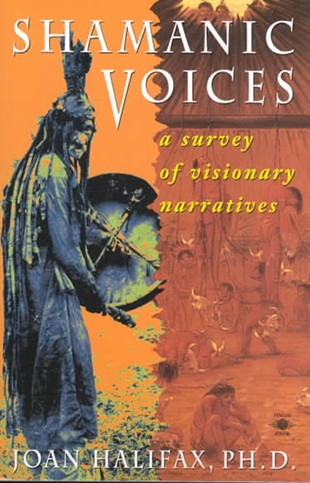