By Evan T. Pritchard
Evan Pritchard on how nature and Native American life was filled with circles.

"Before the Dutch built the square Fort Amsterdam at the base of the island, circles were everywhere. The berries were round, as were the apples, pears, cherries, and the kernels of the maize that grew in abundance. Stones were round. Wigwams made circles on the ground, pottery was often round, as were soapstone bowls and clay vessels. Oyster shells were mostly circular, as were wampum beads whose strands formed circles around the necks of the people. When Lenape people made faces on pottery and dolls, they tended to make eyes and mouths circular. It was part of their way of seeing things. In the ancient city one rarely found a square or rectangle anywhere. The Lenape may not always have placed their wigwams in circles or had circular paths around their great council oaks, but they did follow the form of nature, which is curvilinear, not boxy, in everything they created. A straight line is likely to conflict with the lay of the land, which is rich with spirals, undulating curves, and circles.

"The ancient city was a place of natural beauty to which people from miles around came for trade and exploration. It was a very busy place, highly populated with miles of trails, and many traditional marketplaces." 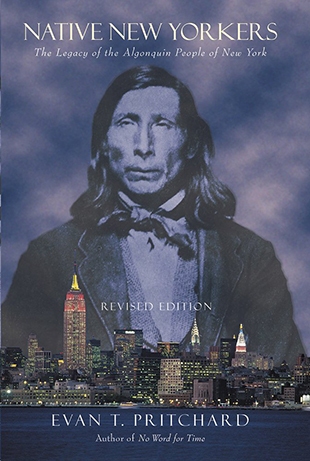