"To ensure that he described the world's religions accurately, Huston came up with a research method all his own. 'First, I read their sacred scriptures — including the profound and trusted commentaries on those scriptures,' he once explained to me. 'Second, I sought out the most authentic and profound living representatives of those views and asked them questions. And third, I would jump into the religions myself — as a participant observer, doing the rituals and practices they prescribed to get an insider's view.' Huston traveled around the world to observe rites and rituals firsthand, and he apprenticed himself to various adepts. While in Japan he studied Zen with D. T. Suzuki; in India, he studied Hinduism with swamis of the Ramakrishna order; and in Iran he studied Islam with Seyyed Hossein Nasr, who once told me a story about Huston's eagerness to learn. The two men were crossing a busy street together in Tehran. 'We had just come out of a meeting with a group of Sufi mystics, and there we were with cars zipping by us on either side. I was holding Huston's hand, to guide him through traffic, and I turned to see how he was doing. He wasn't even paying attention! He was so deeply in thought about the Sufis that he didn't care about the cars!'

"Huston's search for accurate descriptions led him, in 1957, to spend ten weeks at Myoshin-ji, the Temple of the Marvelous Mind, in Kyoto, Japan, to see what it was like to live as a Zen monk. He found that the food was bland and the lifestyle austere, but out of sheer determination he got an insider's view. Once, while talking with him about the experience, I asked what his room was like: he laughed, sat forward in his seat, and said, 'You're on the wrong track entirely!' He and the monks were meditating for ten or twelve hours a day in a sodo, a long room with a raised platform on either side. 'And when night came, and we were finished meditating, we would simply reach up and pull down a sort of comforter. One half of it was used as a mattress and the other half was a cover. So the private room you're wondering about — and that I might have wanted — turned out to be a space about three feet wide.'

"Furthermore, Huston's difficulties at Myoshin-ji weren't limited to physical discomfort. He was a philosopher whose mind, like that of all philosophers, sometimes roiled with ideas, but even if these ideas seemed profound to him, his Zen master found them only a distraction. Early in the retreat Huston sometimes wrote in a little pad that he kept tucked under his covers on the shelf over his head, but when this was noticed he was called out of the meditation hall and told to stop. As Huston related the story to me: 'The head monk said, "This is a holy place. We do not write in the zendo." So I asked, "What if you have to write a note home or something?" And he answered: "Well try not to have to, but if you absolutely must, write it in the banjo," which was the squat toilet we all used.' Huston smiled at me wryly and sat back in his chair. 'So much for the prestige of being an author.'

"When The Religions of Man came out, it was clear that Huston's research method had paid off. His descriptions not only rang true for believers all over the world, but they gave people a sense of pride in their religions. 'I was in Delhi, in high school, when I first read that book,' Deepak Chopra told me in an interview, in 2009. 'What struck me at first was the lucidity of the writing and the depth of understanding. Then I was struck by the fact that it was totally non-opinionated. It was an inquisitive, curious, in-depth look at the religions without any cultural or religious bias. It conveyed the value of the religions — and I appreciated how accurately he had described Hinduism, the religion of my country.' Similar reports came from people of all faiths — and they still do." 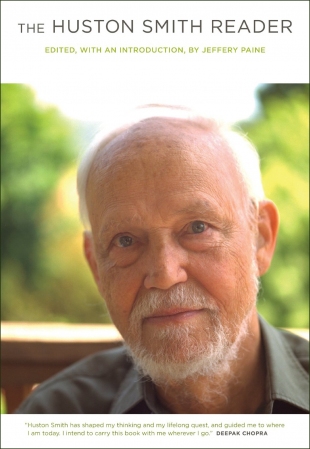