"And right here, I believe, we come to the fundamental problem with these celibate models of transformation. It's not merely their monochromatic viewpoint or the implicit devaluing of a whole other stream of Christian spiritual wisdom whose roots are in passionate human love. Rather, it is the fact that at key points they seem to be slightly out of kilter with the path of transformation that Jesus himself walked and taught. One might say that this model points us toward John the Baptist rather than Jesus: toward those ancient and time-honored practices of renunciation, asceticism, and self-concentration through abstinence, whereas if we really look closely, we see that Jesus himself seemed to be constantly pushing the envelope in the opposite direction — toward radical self-abandonment, reckless self-outpouring, and the transmutation of passion in complete self-giving.

"But it is right there, at the center of that cognitive dissonance, that a window of opportunity opens up. Rather than trying to smooth it over and pretend it does not exist, as the church has done for nearly two thousand years, we need to tune in and listen to it very carefully, for it gives us exactly the tool we need to proceed.

"Were Jesus and Mary Magdalene lovers? To date, nearly everyone seems to be trying to solve that riddle from the outside, like good investigative journalists. It's all about finding new evidence: secret documents and societies, new gnostic gospels, purported lost tombs, hidden mathematical messages embedded in the lines of existent texts — some new piece of data that would settle the issue one way or another. Equally, those who are appalled by the very notion of a romantically involved Jesus build their case by recourse to doctrines and templates that did not exist until three or four centuries after he had left the planet. It's all external logic.

"But there is another possibility, which has been sitting there right under our noses all along yet so far seems to have been consistently overlooked. That is to evaluate the evidence from the inside, on the basis of the path itself. For Jesus was, after all, a teacher, and the teaching itself is there to be consulted. Once one has compensated for the negative set and drift of the celibate current, it is merely a matter of asking a single question: In the light of what Jesus actually seems to have been teaching, is there anything in the teachings themselves that would have precluded such a love relationship?

"If Jesus were indeed walking the path of classic monastic brahmacharya, then the answer is obviously yes; celibacy is an essential requirement of this path, and to diverge from this requirement would violate his integrity and sabotage his spiritual power.

"But what if in fact he was walking a different path? A path difficult to identify because it was so close to its own headwaters that it was missed by nearly everyone both then and now? What if he was not an ascetic at all, but was in fact following a whole new trajectory, previously unknown in the West and with its own ways of understanding integrity and purity? Along this other trajectory, it might indeed be conceivable for him to be in a human love relationship, although that love would probably not look like that most of us are familiar with.

"Let's see what the teachings themselves have to say." 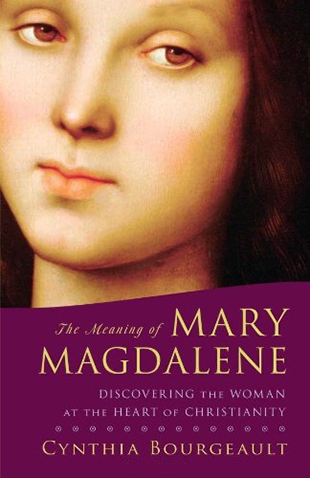