Engineering Happiness A New Approach to Building a Joyful Life

"Narcissus was so beautiful that even the loveliest maidens longed for him. But he was indifferent to all and paid attention to none. One of the girls whose love he scorned prayed to the gods, and they answered her prayer: 'May he who loves not others love himself.' Then he saw his own reflection in the water and fell in love with it. He was so fixated that he leaned perpetually over the pool until he died of starvation.

"We all seem to have, to some degree, a preoccupation with ourselves. When you do not feel like talking in a social gathering, simply ask people about their travels or children. Dale Carnegie's secret to good conversation is to let others talk for themselves — listening is also a good exercise. You can then relax and listen because people love to talk about themselves.

"It is commonplace to read about politicians and captains of industry in trouble because they consider themselves above the law. They are so obsessed with their charm, fame, or power that they become self-destructive. Most of us are not as extreme in our obsession with ourselves as the legendary Narcissus or as drunk with power as the mortal Hitler, but we all need to reframe our thoughts to take an interest in others and the world around us.

"One way to connect with the world is to consider others as extensions of ourselves. In Hindu and Buddhist philosophies, there is a belief in reincarnation. With such a belief, it does not make sense to be angry with someone, because in some past lifetime the person could have been your own mother, for example. When we reduce our preoccupation with ourselves, we develop admiration for others, which diminishes envy. Consequently, negative emotions are reduced in duration and intensity, and positive emotions are enhanced.

"We need to watch our own interests. As the famous Rabbi Hillel said, 'If I am not for myself, then who will be for me? And if I am only for myself, then what am I?' Therefore, there is a balance between guarding our own interests and caring for others' well-being. Often there is no conflict between these goals, however. Take Bill Gates as an example; today, as chairman of Microsoft he works for his own financial success, but he also cares deeply about the suffering of people in Africa. Warren Buffett and Richard Branson are great businesspeople as well as great philanthropists.

"The total happiness is higher for a person who has compassion and love for others, other things being equal. To develop compassion and love for others, we need to develop a genuine interest in others' well-being. A person who is preoccupied solely with his own well-being cannot have genuine love. Moreover, love is a source of happiness in itself, but it also enhances the happiness realized in other experiences. Playing sports, taking a walk, or watching a sunset all seem more pleasurable when you are in the company of someone you love. You should not feel like the center of the universe; you are one of the seven billion points of light and each is special and sacred." 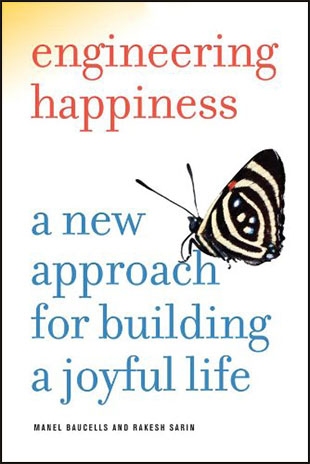