"The invention of the modern airplane gave humanity a chance to master the dimension of flight. Metaphysically, the airplane obviously resonates with the element of air, both mastery, as signified by a 'successful' flight, and a disaster. The airplane symbol on an outward and obvious level can mean travel by plane, or, more important, travel by mind. Place your thoughts, your worldview into a new location. Sometimes, the journey is more important than the destination. Excitement and potential danger are signified by this marker, though the danger can seem exaggerated, since, statistically, travel by plane is much safer than travel by car."

"Balloons go up and away, rising with gases lighter than air. The symbol is obviously connected to the sky realms and the idea of rising. For some, this may be a message of enlightenment, of continually expanding perspective, or gaining a greater vantage point. The balloon also signifies some potential problems. As you go higher, you gain a greater perspective of the whole, but may lose track of details and become detached from individual people and situations. Sometimes things rise without us. Think of a crying child accidentally letting a balloon go and watching it float away. Moreover, once something goes up, it usually comes back down, with no control over the location of descent. Balloons are battered by the winds of fate and have no control of the journey. Depending on your need for control and attachment, the lesson of the balloon symbol can be a blessing or a curse.

"Like many symbols, the brick wall has two interpretations. It can indicate a wall that is blocking you from going somewhere or doing something you desire. It can represent an obstacle with which you have difficulty. You could potentially climb over it, but you have no idea what is on the other side. The other possibility is that the brick wall is protecting you from something on the other side. It is a defensive measure you have put in place. Unlike a window, although it is strong, it does not allow you to see what is on the other side. You can climb to the top and peer over, but that action could reveal you to your enemies. Both these meanings share the common element of obscurity — the unknown on the other side of the wall. You may have created the wall, or it may have been created by someone else. In divination readings, look to see what is being blocked by the wall." 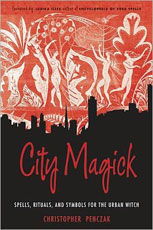