God A Story of Revelation

By Deepak Chopra
Deepak Chopra on how God evolves as do our ideas and experiences of her.

"God evolves. That's why he keeps speaking and never grows silent. The very basic fact that God has shifted between 'he,' 'she,' 'it,' and none of the above shows how changeable the divine presence is. But to say that God evolves implies that he began in an immature state and then grew into fullness, when every faith holds that God is infinite to begin with. What actually evolved was human understanding. For thousands of years, perhaps as far back as cave dwellers, the human mind held a capacity for higher reality. Sacred paintings and statues are as ancient as civilization, preceding written language and probably even agriculture.

"Nearness to God is a constant, not just in human history, but in human nature. If we are connected to our souls, the connection is permanent, even if our attention falters. We think that God changes, because our own perception waxes and wanes. The messages keep coming, though, and God keeps showing different faces. Sometimes the whole notion of the divine gets hidden, when secular forces snatch the steering wheel and attempt to drive alone. But the force of spirituality never fully surrenders. God stands for our need to know ourselves, and as awareness evolves, so does God. This journey never ends. At this moment somewhere in the world a person is waking up in the middle of the night hearing a message that feels uncanny, as if arriving from another reality. Actually, there must be many such visitations every night, and the people who step forth to announce what they've heard form a motley crew of crazies, artists, avatars, rebels, and saints." 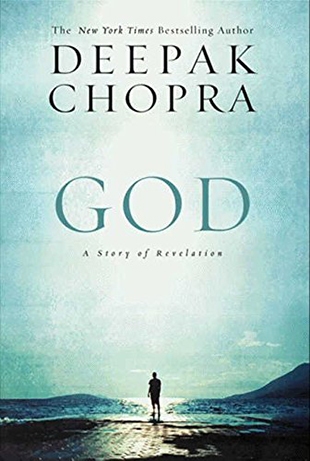