The Dude and the Zen Master

"JEFF: T Bone Burnett told me this about performing with my band: You don't have to feel like you're pulling the train. When you're up there on the stage with the rest of the band, you're opening the door for them to go through. You don't have to push them — Come on, we gotta do this! — thinking that otherwise it's not going to get done. It's more of a moving out of the way than trying to muscle it through.

"BERNIE: When you first start doing Zen meditation, we give this instruction: Thoughts will come; the brain's job is to produce thoughts. Don't try to stop them, and also don't follow them. Pretend it's an open door; let the thoughts come in and let them go. Don't try to manipulate them because you'll get into trouble.

"I love talking about Zen and jazz bands. We're instruments of life. You perfect your instrument, which is yourself, to become a player. But playing in a band, where you hear the sounds of all the instruments, is very different from playing alone.

"JEFF: Playing in a band makes you bigger. It takes you to places you'd never go just on your own.

"BERNIE: Imagine if you're sitting there as part of the band and you say, I'm gonna play these chords no matter what the other guys do. It kills the whole thing.

"JEFF: Or I'm gonna force these guys to do what I do. You don't get the benefit of hearing another aspect of yourself. The creativity's gone." 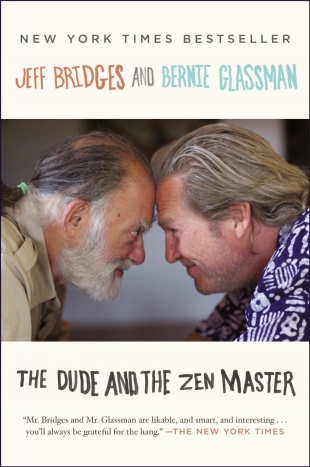