By Jay McDaniel
Jay McDaniel on how our caring is an expression of the image of God.

"In an ecological context, then, what can it mean to say that we are made in the image of God? Given that we are the product of evolutionary processes, both cultural and biological, it can mean that we are capable of mirroring the divine Consciousness in a way heretofore unparalleled on the planet earth. The possibilities of which I am speaking are not for intelligence or imagination, important as they are. Other creatures are intelligent and imaginative in ways that may well supersede our own. Rather, the possibilities of imago dei are for an inwardly felt affection — a care — that can enrich our intelligence and imagination, and that can inform our actions. To be made in the image of God is to have within ourselves possibilities for care that approximate the divine care.

"There are several types of care toward which we are called, and which together form the image of God within us. The first is inclusive care, that is, an inwardly felt care that extends to each and every creature, that is appreciative of that creature's otherness and mystery, and that seeks the well-being of that creature. Tragically, this care is perpetually frustrated by realities of moral and natural evil. As we see from predator-prey relations, life is robbery; one creature takes the life of another, and violates its interests in surviving, in order to survive itself. Nevertheless, we humans are lured to recognize that each life — that of the malarial mosquito who preys upon the infant, and that of the infant whom the mosquito infects — is important in its own right. We are invited to see, and moreover to feel, that each life is intrinsically valuable, that each life matters to itself, and hence to us and to God. Squirrels, cats, porpoises, and chimpanzees may not be called toward such care, but we are. When we respond to possibilities for inclusive care, we are responding to the image of God within us.

"The second type of care toward which we are called, and which is part of the image of God within us, is just care. A just care is one that recognizes the urgent need within human communities around the globe for economic equity, political participation, and personal liberty. In communities that are just, people are free from poverty, unemployment, and hunger; they are free to participate in the decisions by which their lives are affected; and they are free to dissent, to choose religions and philosophies of their own, to seek and obtain information, and to travel. To even the most casual reader of the daily newspaper, the contemporary needs for justice should be clear. These needs are appropriately underscored by liberation theologies from Asia, Africa, and Latin America; by black, Hispanic, and feminist theologies in North America; and by political theologies from Europe. These theologies rightly insist that the divine beckoning is not simply for inclusive care, important as it is, but also for a just care: a care for those whom Jesus called 'the least of these,' and who today form the majority of the world's population.

"A third type of care is intimate care. Whereas a just care can be exercised in relation to those whom we might not directly know, intimate care requires direct contact with a beloved person. It is affection for, tenderness toward, and deep understanding of another person on a one-to-one basis. While some may enjoy approximations of this type of intimacy with nonhuman creatures, for example with companion animals, most of us know it or seek it most deeply in relation to other humans: parents, children, friends, and lovers. In intimate care, we are allowed to feel other people with a depth that resembles God's own care for all creatures." 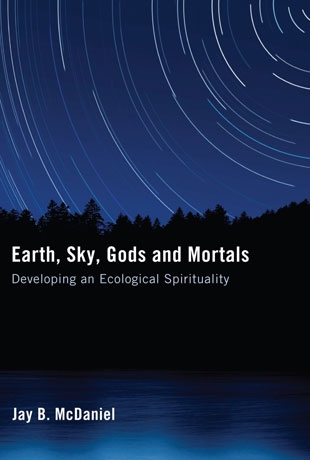