By Ezra Bayda
Ezra Bayda on not needing to prove ourselves to others.

"Both our self-images and our identities become part and parcel of the stories we weave about ourselves. Almost always these stories are skewered versions of the truth concerning who we are — our history, our victimhood, why we're angry, and on and on. We are caught in a story when we tell ourselves, 'I'm worthless,' or 'I'm depressed,' or 'People should appreciate me.' We're particularly caught when we say, 'I'm this way because . . . , and then assign blame to others such as our parents or to something that happened to us. We can also know we're wrapped up in one of our many stories if we have the thought 'I'm the kind of person who . . . ,' or 'I'm not the kind of person who . . . .' For example, 'I'm the kind of person who has to be alone.' Or, 'I'm not the kind of person who can be disciplined.' The point is, most of our stories are self-deceptions in that they are partially manufactured versions of the truth — truths we adopt in order to feel a particular way. But living out of stories prevents us from living more genuinely.

"Another universal version of living out of stories is holding on to our beliefs, many of which are illusions. For example, most of us have the belief, the illusion, that we are in control, or that we can be in control. We cling to this illusion because the fear of loss of control is one of our strongest fears. Even when we see all the evidence to the contrary, we still live our day-to-day life with the illusion that we're in the driver's seat. In fact, many of our personality strategies are based on this illusion. For instance, we think that following the control strategy of trying to please others will keep us safe from disapproval. Or we might think if we follow the control strategy of trying harder, we can make life go as we would like. The point is, each closely held belief, such as the illusion of control, defines us and limits us in many ways we can't even see.

Another universal illusion, or story, is the belief that what we 'know' is The Truth. We believe our thoughts and our opinions, usually without ever questioning them, forgetting that they are all relative, flawed, and limited. When we have an opinion about someone or something, we're rarely aware that it's just an opinion. The illusion — or self-deception — is that what we're believing is The Truth. Yet in spite of the basic insanity of believing our thoughts, we do it all the time. We firmly believe what we want to believe — we often won't even entertain other possibilities. In light of the fact that we can deceive ourselves about almost anything, honest self-observation is often a study in living free from illusions, particularly the illusions that narrowly dictate how we live our lives.

Perhaps the most pivotal story we tell ourselves is the deep-seated illusion that we are one single, permanent self. Yet simple observation would show us that we are really a collection of many 'Me's,' or personas. Which 'Me' predominates depends on which self-image or identity we're believing in, and also on what beliefs we're holding to in the moment. A simple example is how the mood we're in determines how we see things — if we're in a good mood, other people may seem fine to us, whereas if our mood turns sour, the exact same people may seem to be irritating. Or a more telling example: We can see ourselves as trustworthy and upright, and firmly pledge that we won't engage in a particular behavior again, such as drinking or overeating. But two hours later we may find ourselves doing the exact thing we sincerely believed we wouldn't do. Often these Me's are not even in touch with one another, which is another example of our psychological blinders that don't allow one part to see another part.

"Given that we have examples of similar situations every day, how can we continue to believe in the story of being a single, unchanging self? In fact, the whole notion that who we are is limited to the story of a single self is perhaps the main illusion that spiritual practice addresses. This is why one of the deepest teachings is that there is no one special that we need to be. In other words, to be inwardly free means we don't have to live out of our self-images and identities; we don't have to feel a particular way; we don't have to believe the stories we tell ourselves — the stories that dictate who we are and how we live." 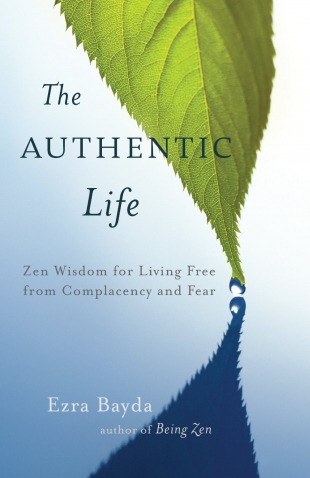