Reflections of Amma Devotees in a Global Embrace

"Amma presents a focused attempt to rectify gender imbalances by augmenting the feminine, which is situated at the nexus of her movement and theology. She argues that women's empowerment is essential to the immediate project of crafting a better world. In her view, in order to solve the pressing crises of modernity, both women and men must further develop their feminine qualities in order to develop into moral and spiritually refined human beings. Practically, her movement aggressively challenges Hindu norms by instituting women as ritual officiants (pujarinis) and positioning women in central roles of religious authority. She leads as an exemplar with her own self-styled trajectory to global fame as a charismatic guru and goddess figure, instantiates women in roles of ritual leadership, and emphasizes goddess-centric Hindu texts and practices. Her solution for the crises in the modern world demands the increase of ideotypical feminine attributes, such as love, compassion, and selfless service. Furthermore, she advocates for women's rights, education, and economic independence through developing micro-businesses. Through these efforts, Amma has radically reenvisioned socially appropriate roles for women. It may not be the dominant voice in modern Hinduism, but her activism on behalf of women, juxtaposed with her woman-centric goddess theology, presents an important and popular alternative narrative." 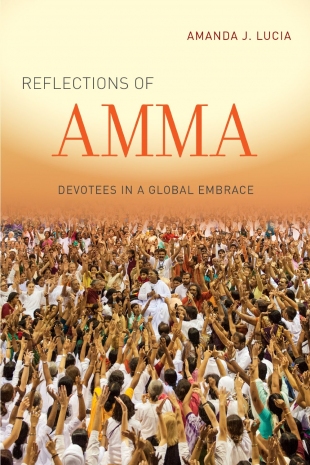