"Although this hut is just a humble home, it's also a symbol for the mind. Shitou's abode is the hut he built, as well as the mind he trained. Sitting in meditation and leaving behind the focus on material pleasures allows the mind to slow down and take a break from deciding what it wants and what it doesn't, to become a mind where there's nothing of value. A mind where all things are equal, a mind at peace. . . .

"The contents of this hut are nothing of value, which is to say, not valuing things is not of value. Our monk does not claim to have made a place where he has moved beyond valuing things, for then he would have acquired a fantastic treasure, to which he would surely be very attached. He is not claiming or offering any magical teachings or infinite wisdom. He has not invited you into his mountainside home to show you that he has some incredibly special enlightenment. He invites you in and says there's nothing of value to you here, nothing special. He is making a humble offering. He has invited you into this simple place to give you a space to let go of wanting — wanting things, wanting spiritual achievements, wanting peace of mind — to let go of the endless separation of yourself from this infinitely unfolding shapeshiftingness by relinquishing picking and choosing. This is an invitation to just be completely here." 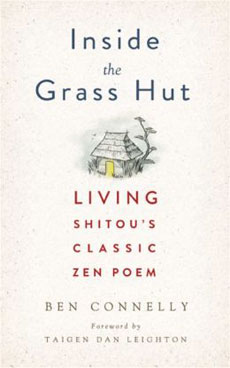