"Crises we're good at. It's dailiness that gets us down.

"Dailiness tests the mettle of the self. The ability to go back to the same task, day after day after day — taking care of the children, doing the shopping, hawking a product, stacking the shelves — with new attention to the task, with new concern for the outcome, takes a special kind of faith, another kind of trust.

"Having worked in a counseling relationship with people for almost thirty years, I know the problem. It's not long before a good counselor knows the rest of the story after the first paragraph of the first interview. A great counselor, on the other hand, isn't listening for the scenario; there are only so many of those in the world. A great counselor goes beyond the facts to listen keenly for the way this very mundane situation affected this particular person and why. And there are no two alike of those in the world. It's learning to bring your whole self to something that makes the difference between a happy life and a dull life, a holy life and an empty one.

"The 'mundane' is certainly dull, I agree, and may even limit us — not only our perceptions but even the breadth of our questions. At the same time, there is something very freeing, very humanizing about the mundane. Doing dishes and buying vegetables get us back in touch with ourselves, give us time to smell the earth of our lives, give us time just to be. We will go on long after the big ideas fade and the profession ends. The question is, will there be anything in me then? Will there be a me in me? It all depends on how I deal with the mundane.

"The problem with dailiness is that it's not nearly as routine as it's supposed to be. It takes patience and persistence. It takes a willingness to give of ourselves beyond what our role descriptions demand. It requires us to pour ourselves out, not to store ourselves up for our own satisfaction.

"I lived in a residence hall once where the accountant doubled as receptionist. Except that she would never look up at anyone at the desk. And when you did cough enough to annoy her into action, she punished you for it by refusing to find the forms you needed so you wouldn't ask again. It happens everywhere — and we know it. I have watched parents relegate their children to a set of TV cartoons rather than talk to them. And I have felt the irritation of having all my own grand plans consumed by someone else's agenda for me.

"Then I read Katherine Paterson's entry in the journal one day. Paterson wrote, 'As I look back on what I have written, I can see that the very persons who have taken away my time and space are those who have given me something to say.' Having been so irritated by interruptions so often, I could feel the back of my neck get hot as I read.

"To think of your interruptions as your education is a wonderful attitude to have. I must come to see in my own life that the mail that comes, the people who call, the meetings that happen, the children who erupt in the center of our lives are all grist for my mill.

"But perhaps the hardest part of the spirituality of dailiness is having faith enough to deal with the discouragement that comes with finding ourselves trapped in a moment that never ends. In that one long, drawn-out moment of sadness, disquietude, frustration, rejection that comes into every life and has a way of staying, sometimes for years, can lie the most arduous moments of the spiritual life. 'Who will roll away the stone for us from the entrance to the tomb?' Janet Ross-Heiner wrote, as if in memory only of one tomb long gone and not mine. But I've seen people in tombs called marriages, called failure, called depression, called ennui. And I have known a few tombs myself.

"It's the dailiness of the tomb that really calls for faith, for trust, for perseverance and persistence. We want to live in resurrection all our lives, but it is the waiting time that makes us worthy of it.

"It's when we go on in the heat of the noonday sun that we know what it is like to walk the dusty roads of Galilee. It's when we go on without firecrackers or music that we understand what the desert is like. It's when we go on despite the fact that quitting would be more satisfying that we know that God has taken control of our lives. Then, we are being used for something greater than ourselves. Then, we are being used to bring the world around us to fullness. It's licking the stamps and taking down the chairs and making the callbacks that finally, finally change the world. And that is the spirituality of dailiness.

"Dailiness is the great deep pit out of which the character of our lives takes its most lasting shape. It is the repository of our greatest graces and site of our worst losses. It is the treasure house of all our yesterdays and the reserve out of which we draw strength for all our tomorrows.

"Dailiness is what makes us fully and finally what we really are."
— Called to Question 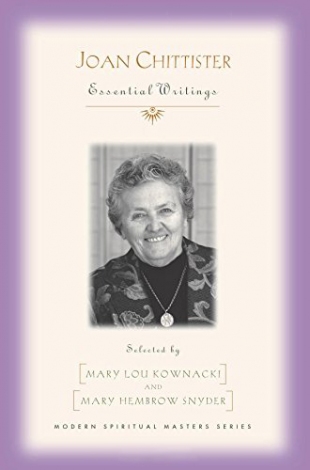