The Nourishing Homestead One Back-To-The-Land Family's Plan for Cultivating Soil, Skills, and Spirit

"Like everyone I know, we occasionally find ourselves faced with a decision to which there is no obvious answer. Do we borrow money to build a bigger barn, or do we keep getting by with what we have? Do we spend our meager savings on trees and soil amendments, or do we keep our money for a rainy day? Do we cull a beloved-but-high-maintenance animal, or continue accommodating her needs? And so on.

"At these times, it's helped us immeasurably to have a list of touchstone principles, ideas, and ideals we can return to. This is not a literal list, etched into stone or rolled into a yellowed scroll, although years ago we did create a written document to help us determine the direction of our land-based practices.

"Truthfully, we are not always able to act in harmony with these principles. There are times when circumstances compel us to behave otherwise. But even in these cases, it's valuable to understand and acknowledge the compromise we're making.

"The way we think, act, and perceive the world is a reflection of the world we wish to inhabit. There is little encouragement for discernment in the modern consumer economy, because of course discernment is rarely profitable to anyone but the discerning. By and large, the extractive economy depends on people not understanding the connection between their individual choices and the impact those choices have on their communities and the world at large. Which is really just another way of saying it depends on people feeling powerless.

"We will produce the most nourishing food possible. This may seem painfully obvious, but I still find it valuable to remind myself of the simple fact that producing real food is one of our primary goals. The optimal development of human health, emotion, intellect, and spirit cannot happen in the absence of true nourishment, which simply cannot be found in a box or can, no matter what labels are attached to it. Also, due to the increasing prevalence of environmental contaminants that none of us can avoid, support of good health through deep nutrition is essential.

"Real nutrition comes only from vital soils that enable plants and animals to express their full potential. Organic is not enough. Macronutrients are not enough. The only soils capable of producing truly nourishing foods are biologically active soils that have been returned to proper balance through remineralization and organic fertility.

"The labor to produce nourishing food is itself of value. I have to admit, I did not always see it this way. But over the years, I have come to understand that the value of the foods we produce is only partly found in the foods themselves. Indeed, I now understand that the labor itself holds a deep and intrinsic value; it maintains our physical health, it connects us to the land and nature, it fosters our intellect with new skills, and it develops the spirit. The sense of labor's role in feeding my family's body and spirit is so profound that it occasionally seems to me as if the food itself is merely a byproduct.

"All of this does not mean we never utilize laborsaving technologies or seek to make our processes more efficient. In fact, we do this all the time, simply because doing so allows us to devote our energies toward completing other tasks or learning new skills.

"Resilience of systems is the outgrowth of diversity, redundancy, simplicity, and, ultimately, resourcefulness. Diversity means that a failure of one crop can be offset by the abundance of another; redundancy means that a failure of one delivery mechanism — be it for water, heat, or fertility — can be offset by the continued operation of another; simplicity means that neither diversity nor redundancy is dependent on complex systems or mechanisms requiring specialized knowledge or components beyond the reach of the landowner.

"Resourcefulness of body, emotion, spirit, and skills is just as important as resilience of systems. Because when systems fail, as is possible no matter how materially resilient they are, it will be resourcefulness of body, emotion, and spirit that carries the day. No change is certain; the only certainty is that things will change. True homestead resourcefulness depends on being adaptable not only to the change we expect but also to the possibility that things will not change as we expect. Being too invested in any particular outcome can lead to disillusionment when these changes do not unfold as anticipated.

"We are not stewards of the land; the land is the steward of us. The notion that humans should serve as 'good stewards of the land,' while well intentioned, is rooted in the fallacy that humans should seek to guide and influence nature. I believe that the reality is precisely the opposite, and our continued survival as a species depends upon us understanding that nature is our caregiver, rather than the other way around. The land is the steward of us, and we should treat her with the respect our caregiver deserves, always considering how our actions impact the natural world. This does not mean we won't affect the land for specific purposes. Rather, it serves as a reminder of our dependence on healthy ecosystems, and it humbles us to the truth that while the land would thrive in our absence, the reverse is not so true.

"The more we mimic nature's processes, the greater success we will have. As restoration agriculture advocate Mark Shepard is fond of saying, 'We spend all our time trying to kill what wants to live, and trying to save things that want to die.' Much of that effort is expended in our attempt to compel food production systems to conform to preconceived notions of what agriculture should look like, rather than simply observing what plants and animals are naturally inclined to do.

"Interdependence, not self-sufficiency. The more interdependence we develop with family, friends, neighbors, and community, the less dependent we become on institutions far beyond our sphere of influence. It is critical to acknowledge that our neighbors' needs are our needs. We must also be willing to humble ourselves into asking for assistance. There is nothing that industry wants more than for us to believe we should never need or accept help from our friends, family, neighbors, and communities.

"Choice awareness. As much as we are able, Penny and I try not to think of ourselves as being faced with decisions to which we must react, which is a defensive position that will inevitably result in hurried (and therefore not well-considered) decision making. Instead, we prefer to think of ourselves as being proactively at choice. As with many of these ideas, this is one we are still working on.

"Living in alignment. It is important to us that our daily activities comprise as much as possible actions we enjoy and which can be defended ethically and intellectually, not only from the perspective of humanity, but also from that of the natural world.

"The pebble principle. The pebble principle refers to the idea that through our choices and actions, each a proverbial pebble dropped into the ocean of the world, we all generate waves of influence that reverberate through our communities and beyond. Often, we cannot know which of our choices and actions are generating these waves or how they will be received. But we can remember that every decision and everything we do carries ramifications that reach beyond our cognitive powers of observation.

"Observation, not conceptualization. Penny and I frequently remind ourselves to not allow our powers of observation — of how things are — to be thwarted by our concept of how things should be. That's because our concepts are too often built on a foundation of flawed expectations and assumptions developed by dysfunctional institutions and detrimental practices.

"When in doubt, be generous. We all inhabit a society that is largely influenced by an economic model that encourages accumulation and stinginess. In fact, it rewards these 'virtues,' via the self-perpetuating nature of interest-bearing asset accumulation. We have actually come to view generosity as a form of activism, and perhaps the most urgent form of activism our culture needs. To us, being generous does not mean giving everything away, but it does mean remembering that one of our goals in life is not to accumulate more than we reasonably need." 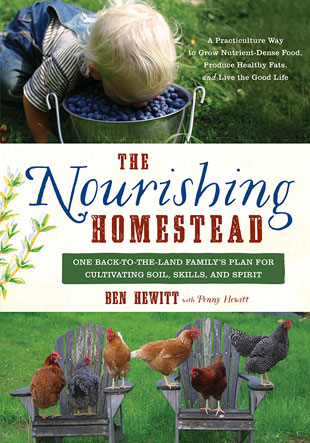