By Anthony de Mello
A story about a Rabbi who answered a congregations questions with song and dance.

"The Jews of a small town in Russia were eagerly awaiting the arrival of a Rabbi. This was going to be a rare event, so they spent a lot of time preparing the questions they were going to put to the holy man.

"When he finally arrived and they met with him in the town hall, he could sense the tension in the atmosphere as all prepared to listen to the answers he had for them.

"He said nothing at first; he just gazed into their eyes, and hummed a haunting melody. Soon everyone began to hum. He started to sing and they sang along with him. He swayed and danced in solemn, measured steps. The congregation followed suit. Soon they became so involved in the dance, so absorbed in its movements that they were lost to everything else on earth; so every person in that crowd was made whole, was healed from the inner fragmentation that keeps us from the Truth.

"It was nearly an hour before the dance slowed down and came to a halt. With the tension drained out of their inner being, everyone sat in the silence peace that pervaded the room. Then the Rabbi spoke the only words he pronounced that evening: 'I trust that I have answered your questions.' " 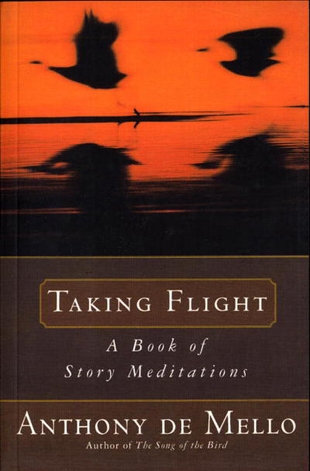