By Matthew Fox
Matthew Fox on reaching a place of deep ecumenism.

"Why was Eckhart of such importance to Merton? As we shall see, Eckhart is the spokesperson par excellence for the wisdom-based and nature-based mystical and prophetic tradition called Creation Spirituality. His love of life and being, of animals and earth – as well as his appreciation for silence and the Apophatic Divinity and his teachings on art and creativity and on justice and compassion – deeply nourished the soul and teachings of Merton as, in the last decade of his life, he put on his wings of both contemplation and prophetic criticism. Eckhart's teaching that 'compassion means justice' and 'the person who understands what I say about justice understands everything I have to say' supported Merton at this time of cultural and moral upheavals in the sixties.

"Eckhart was also an uncanny and unparalleled deep ecumenist – indeed, Dr. Suzuki put Eckhart at the front of the pack of Western thinkers who are representative of a spirituality where East and West meet. In his classic work Mysticism: Christian and Buddhist, Suzuki's entire first chapter, 'Meister Eckhart and Buddhism,' is devoted to how Eckhart's thought parallels Buddhist teaching in so many deep ways. In the preface, Suzuki writes, 'Eckhart's thoughts come most closely to those of Zen and Shin. . . . Eckhart, Zen, and Shin thus can be grouped together as belonging to the great school of mysticism.'

"My most recent book, Meister Eckhart: A Mystic Warrior for Our Times, is devoted to exploring Eckhart's ecumenism. The book's entire methodology is to put in conversation with thinkers from various world spiritual traditions: Thich Nhat Hanh, Ananda Coomaraswamy, Rabbi Abraham Joshua Heschel, Black Elk, Carl Jung, Rumi, and so on. Perhaps no thinker in the West went as deeply and broadly as Meister Eckhart, who reached a place of universal truth where all the contemplative traditions gather. Surely this was part of what endeared Merton to Eckhart and fed him right to the end of his life." 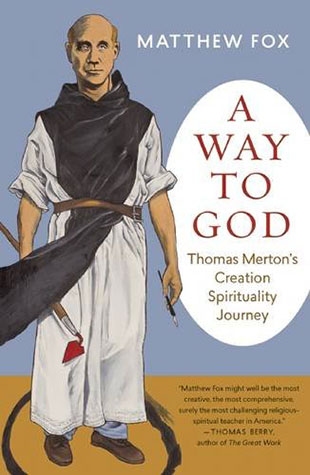