By Michael Plekon
An argument for why parish gatherings and communal activities are examples of lived prayers.

"The only formal prayer at these gatherings [from the pirogi making and baking to other parish celebrations] – and it was quite brief – was grace briefly said before the meal and bon appetit! Everything else is as I have described it. Good news and sad, exchanged in trust and freedom. Memories of the departed shared, gratitude for the person and the life. The raucous glee at a wedding. But is such communal merry making really prayer? We may recall from church school classes that prayer can be praise, thanksgiving, intercession for others or ourselves, asking forgiveness, among other things. Prayer as we often conceive of it can be things we say to God, things God says to us – especially in meditative reading – or silence, presence with God.

"If prayer is essentially encounter and interaction, then the communal activity of Eastern church Christians making pirogi, baking nut rolls and Easter bread, celebrating anniversaries and weddings, mortgage burnings and the passing of a fellow Christian – all of these are opportunities not just for recited prayer but for lived prayer. How many times do we find Jesus at a wedding, like that in Cana, alongside a funeral cortege as that of the widow's son or the deathbed of Jairus's daughter or at Lazarus's tomb? He invites himself to Zacchaeus's house for supper and dines with Simon the Pharisee and numerous times breaks bread with his disciples and friends. He asks for something to eat after having appeared following the resurrection, and he even makes breakfast for those disciples out fishing all night – roast fish and bread over an open fire on the shore. The two companions on the road only recognize him when he blesses and breaks the bread, says grace, in the inn at Emmaus. Jesus's promise of always being present in the bread and the cup at the last supper was but one of many meals, many times of sharing in which he communed with his friends.

"When one considers all the petitionary activity in the liturgy, all the listening to scripture and preaching, the offering of the gifts and the sharing of the bread and cup, are the many details of a community event not liturgical? A grandmother offers her worry about her grandchildren. A parent expresses profound sadness in the face of an adult child's divorce. A senior recounts the path of a life, the meeting of a beloved spouse, transition from one community to another, children raised and sent on their way. Someone cannot contain the joy of a new baby in the family, of triumph in fighting addiction or treatment for depression. Friends worry about the future. Who will be the pastor after Father, who has been with us so long a time? 'Let us pray to the Lord . . . let us lift up our hearts . . . let us give thanks to the Lord . . . let us depart in peace!'

"As Amy Jill Levine observes, so much of Jesus's accepting the invitations of friends to supper, his eating and drinking with all kinds of people, even sinners, were parables enacted. Like pirogi making, the baking sessions and food fairs, like the Sunday coffee hours and post-funeral, post-wedding feast, all were signs of the messianic banquet, the gathering of all the children of God round their Father's table in the world, the age to come, pictures of paradise, but made actual already by joy and sharing here." 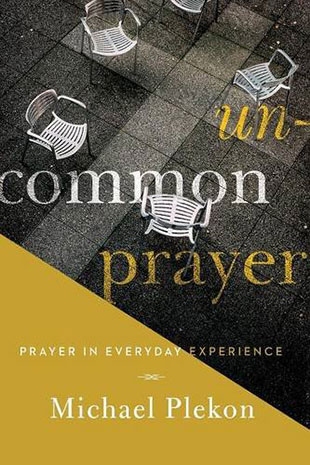