Grace Without God The Search for Meaning, Purpose, and Belonging in a Secular Age

"Awe has been described as a mix of wonder, reverence, and fear, and we've all felt it, that sudden awareness that there is something larger than ourselves. But what causes us to feel it? And is the religious experience of it, felt in a spiritual building, through a sacred communal ritual, or in contemplation of a supernatural being, different or somehow better than the nonreligious experience of awe, felt in nature, in considering the vastness of the universe, in deep connection to other people or animals? I wanted to know if the ways I sometimes felt awe, whether in nature, appreciation of art, or simply a heightened awareness of my own sentience – a child's touch, the taste of ripe fruit, the smell of ocean air – gave me the same quality of experience that the religious say they feel.

"In recent years, researchers have begun to look more closely at awe, both what it is and why we feel it. In 2007, Dacher Keltner, a professor of psychology and author of the book Born to Be Good: The Science of a Meaningful Life, conducted an experiment to show what awe does for us. He found that the feeling of awe arises when we sense vastness, which makes us feel like a part of a greater whole.

"Keltner showed this by asking people to write twenty statements about themselves. Half of the subjects wrote their statements while seated in front of a full-sized replica of a Tyrannosaurus rex in the life sciences building on campus. The other half sat in a hallway. Those who wrote their statements while sitting in front of the T. rex were three times more likely to give answers that suggested they felt like part of some larger whole. Such answers included phrases like 'I am an organic form' and 'I am part of the human species.' Those who wrote their statements seated in the hallway showed a narrower vision of themselves as individual units. They wrote things like 'I am a soccer player' or 'I am a sorority member.'

"The feeling of awe didn't just make people feel small; it made them feel connected to something larger. Keltner supposes that the human propensity for feeling awe may have evolved for a purpose – to bind people into groups instead of remaining individual and alone. Work led by Keltner has revealed that images inspiring awe cause the same parts of the brain to light up that light up when we connect to others. Physically, awe leads to a reduction in activity in the sympathetic nervous system and is physiologically soothing, which is the opposite effect of fight-or-flight mode. Awe makes us feel rooted and slows us down. People who experience awe seek to memorize their surroundings and freeze the experience.

"Experiencing awe can also prompt us to act more benevolently toward others. When we are not stressed, perhaps in a moment of seeing the big picture rather than the details, we're more able to help others. In five different studies, Paul Piff of the University of California at Irvine and his colleagues found that subjects who were exposed first to awe-inspiring videos were more likely to display positive behaviors such as compassion and generosity in games and tests, meaning they were more likely to be generous and ethical. The researchers concluded, 'Awe, although often fleeting and hard to describe, serves a vital social function. By diminishing the emphasis on the individual self, awe may encourage people to forgo strict self-interest to improve the welfare of others.'

"Awe also makes us step back and find new answers. One reason awe-filled experiences can be so powerful is that they expand our thinking quickly, allowing us to bypass our normal filtering. Awe forces us to accommodate new information so rapidly that we can't filter it through preexisting heuristics. It is through the process of being awed that we are able to change and develop our beliefs. In colloquial terms, awe blows our minds." 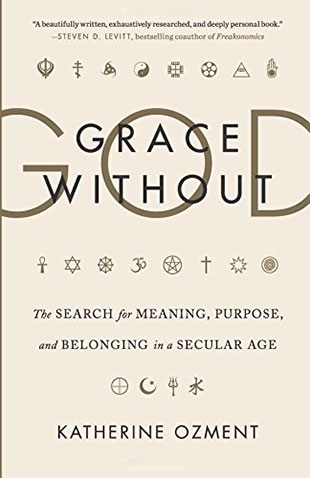