"The Incarnation of God is not just about God's coming to earth in the person of Jesus but about Christ's continued presence and 'fleshiness' in the world. My hope is to take this idea further and make it practical for our everyday living. Through just a few short years, I discovered how the God with skin appears at practically every waking moment.

"Living a deeply spiritual life is not just about morals or obligations. It's about something deeper, which our churches -- at times -- fail to tap into. Much of my spiritual growth has occurred in the normal places of daily life: at school, at work, in the car, or with friends. My spirituality is heavily influenced by Ignatian spirituality, the most important principle of which is finding God in all things, in these plain and ordinary spaces, and within ourselves. God's presence dwells in everything. God gives life and being and existence to everything, so finding God in all things is just a matter of paying attention. You look at spring buds on the trees, and you see God giving them life. You feel the warmth of the sun on your face, and you sense God comforting you. A stranger smiles at you, and suddenly you feel connected to all of God's family. In the hustle of life, it's easy for us to miss these God moments. Time and time again, we must remind ourselves to look and listen more attentively to the ways God is present to us.

"I first learned about finding God in all things with the story of St. Ignatius of Loyola, who founded the Jesuit order (which I was a part of for a short time). Ignatius was born into wealth around the turn of the sixteenth century in northern Spain. As a Castilian military governor, he fought for his people -- a liberal knight in shining armor. Caught up with his nobility and fancy new castle, he dreamed of living the good life and indulged in gambling, dueling, and having affairs. Then, when he was fighting the French in battle, his castle was stormed and a cannonball shattered his leg. As he recovered in bed, he continued dreaming of a fantastic life, but how that would play out would not be in the way he expected.

"During his recuperation, he read about the lives of Christ and the saints and chose instead to live fighting for God. The benefit of all this time in recovery was that he had time to pay attention to his feelings. As he weighed his desires for a life of knighthood with his desires for more saintly living, he discovered that his feelings pointed him to a life of following God rather than seeking riches and status. This was the beginning of Ignatian spirituality. Through his life experiences, travels, and encounters, he came to notice a God with skin who was communicating with him through those experiences and people.

"After I learned this story, I began to understand, like St. Ignatius, how God takes on flesh in the various experiences and people around me. The 'all things' in which we desire to find God includes you and me. We not only encounter God in the world but, like St. Ignatius, we give God skin. 'All things' really means that God is not limited to any one thing or any one person in particular. A church does not contain God more than a field of corn. A priest is not more holy than a single mother. God is uncontained and unconfined." 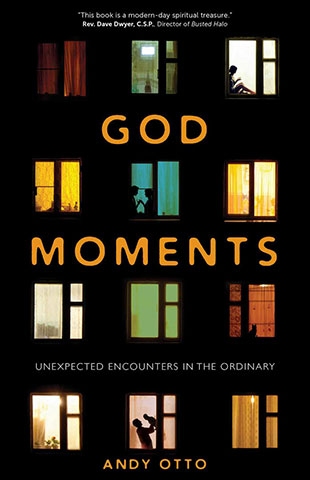