By Thomas Keating, Joseph Boyle, Lucette Verboven
An account of a conversation with Father Thomas Keating on God's evolutionary plan.

"Father Thomas grows enthusiastic during the interview as he talks about modern cosmology. It greatly expanded his idea of God, he says, without him needing to resort to superficial answers about science and religion. His inquisitive mind rejoices in the revolutionary theology of the eminent Jesuit palaeontologist, Teilhard de Chardin, who sees an ever emerging universe reaching toward the point Omega as Christ has a cosmic body that extends throughout the universe. Father Thomas loves Tielhard's idea that Christ is present in every particle of matter and he adds: 'God is becoming everything at every nanosecond of time and wants us to join him in that adventure.' A grand voyage in space, time and eternity is waiting for us!

"[Question from interviewer to Father Thomas] What has been a source of inspiration for you on your journey?

"I am inspired by the evolutionary theology and spirituality that Teilhard de Chardin preached and taught. He says that humanity at this moment in history is being called out of its limited understanding of evolution as referring only to material, animal and rational consciousness.

"A new period in evolutionary history seems to be emerging, in his view, that calls us to transcend our rational powers with their desires for security and survival, power and control, and self-pleasuring and esteem, and to open ourselves completely to God's evolutionary plan. The discipline of Centering Prayer opens us to a Presence that is not accessible to rational consciousness, though it builds on it as a necessary stage in our growth into freedom. True freedom is not just freedom of choice, but freedom to do what is right, spontaneously.

"That is not going to happen unless we cultivate an uninterrupted relationship with God, so that His presence is recognized in everything that happens, in other people, and in ourselves." 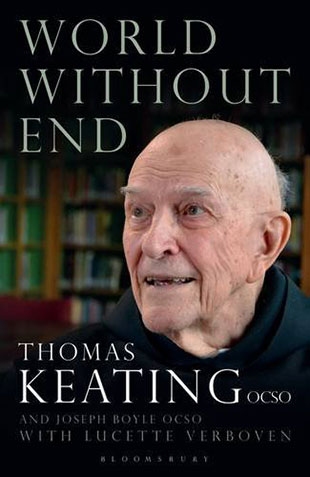