Crafting Gratitude Creating and Celebrating Our Blessings with Hands and Heart

By Maggie Oman Shannon
How to make a Honey Jar to express gratitude for your vocation.

“As writer and transformation teacher Jamie Walters notes on her blog, it should make us feel better that the tenth-century monk, mystic, and Cistercian Abbot Bernard of Clairvaux — who would seem to have already figured out this question of vocation — would wake up each morning and, as he rose from his pallet, would ask, ‘Bernard, Bernard, why have you come here?’

“As someone who mentors and guides people through the process of change, Jamie has heard this question come up many, many times before — and she herself has grappled with it, having been the founder and owner of a successful big-city consulting company and now working primarily alone as a writer and guide through the transformative process, and having undergone many transformations herself along the way. Jamie says, 'For me, vocation and avocation are like two sides of the same coin. And what I've seen is that so much of what is happening even with clients is about vocation — when what we've built has fallen apart.'

"During those times, Jamie feels, a gratitude practice is key; either giving thanks for what is, or in anticipation of what can — and it is affirmed, will — be. Jamie has found the making of a honey jar to be a helpful practice and reflection.

"A honey jar can be used for a lot of things — there are all kinds of variations of this. I learned this practice from a friend who comes from the hoodoo tradition of the southeastern United States, a confluence of Cajun, African, Christian, and European influences. The purpose of a honey jar is to invite synchronicities, ask for clarity, and give gratitude. 'As a gratitude practice,' Jamie explains, 'the gratitude is in the practice of it, the practice is the prayer. It's a way of giving thanks either in retrospect or in anticipation.'

" 'Say you want to make a honey jar for your vocation – for instance, writing. You want to get a small jar of raw honey, which is a natural preservative, meaning anything you put into it will not go rancid.' Jamie suggests reading the ingredients label to be sure it contains only raw honey, without corn syrup or other additives, which do not have the same preservative qualities. 'Empty the honey out into another container, maybe leave a third of it in the jar. And then pick little things that are symbolic of your gratitude for your vocation – just like our ancestors might have kept in a bog. For example, you might want to put in a small piece of rose quartz to symbolize staying in your heart when you write; a charm that's in the shape of a quill pen or book; perhaps something natural, like a leaf or rosebud. You want to have five or six – but probably not more than ten – objects in your honey jar. In one of my honey jars, I have a couple of stones, a charm, a sprig of a plant, and a little butterfly I found that had died, as a symbol of transformation – things like that.

" 'And then on a little piece of paper, which could be pretty paper or parchment, write a prayer of thanks; you could also include poetry. The piece of paper should be no more than 3 inches square. Roll it up like a scroll, fasten it with a piece of twine, and put it in your honey jar. Then refill the honey jar with honey up to the rim. In the old days, honey was considered an offering to the Divine. Plus, if you buy it locally, you're supporting the economy.

" 'Then burn a tiny birthday candle or tea light and seal it to the Honey Jar with wax, saying a prayer or mantra if you like as you seal it. Fire symbolizes the transporting or changing of energy from the material; the transformation of the prayer from my heart to God's ears. While the candle is burning, you want to be in the presence of the honey jar and pray or journal or take a ceremonial bath until it burns out by itself. Ideally you wouldn't blow it out.' Jamie suggests covering the lid with aluminum foil if it's plastic rather than metal.

"Having made the honey jar, some people put it on their personal altar; some bury it deep in the earth (deep enough that animals won't be able to reach it if it breaks). 'In doing this,' Jamie says, 'we're planting the seed for the continuation, the evolution, of whatever it is we're honey-jarring. We're doing it in divine gratitude or anticipation of our great work in the world.'

"That's the foundational practice, Jamie notes – but you can also make it your own by augmenting the practice, which might include decorating the honey jar or putting a tiny plant on top of the lid so that is becomes a living prayer. The honey jar, Jamie says, is basically a prayer for the sweetening of situations, or for healing, since honey itself is healing.

"Should you keep a honey jar indefinitely? Jamie feels that you should check your intuitive knowing about that. If your honey jar represents an ongoing prayer, you might want to keep it – but dust it, and occasionally burn a fresh candle on top of it, to keep it 'alive.' When your prayer has been answered, or if a new direction has been shown to you, Jamie recommends burying the contents, then washing and recycling the jar. For those who make a practice of expressing gratitude through making a honey jar, the results are, well, sweeter than honey!"

Inner Inquiries for Journaling and Reflection 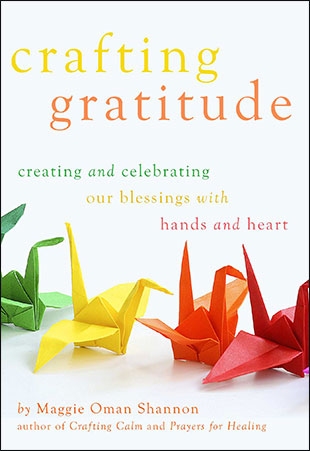