"The evening of December 24, 1914, Flanders. The first world war in history was entering into its fifth month. Millions of soldiers were bedded down in makeshift trenches latticed across the European countryside. In many places the opposing armies were dug in within thirty to fifty yards of each other and within shouting distance. The conditions were hellish. The bitter-cold winter air chilled to the bone. The trenches were waterlogged. Soldiers shared their quarters with rats and vermin. Lacking adequate latrines, the stench of human excrement was everywhere. The men slept upright to avoid the muck and sludge of their makeshift arrangements. Dead soldiers littered the no-man's-land between opposing forces, the bodies left to rot and decompose within yards of their still-living comrades who were unable to collect them for burial.

"As dusk fell over the battlefields, something extraordinary happened. The Germans began lighting candles on the thousands of small Christmas trees that had been sent to the front to lend some comfort to the men. The German soldiers then began to sing Christmas carols – first 'Silent Night,' then a stream of other songs followed. The English soldiers were stunned. One soldier, gazing in disbelief at the enemy lines, said the blazed trenches looked 'like the footlights of a theater.' The English soldiers responded with applause, at first tentatively, then with exuberance. They began to sing Christmas carols back to their German foes to equally robust applause.

"A few men from both sides crawled out of their trenches and began to walk across the no-man's-land toward each other. Soon hundreds followed. As word spread across the front, thousands of men poured out of their trenches. They shook hands, exchanged cigarettes and cakes and showed photos of their families. They talked about where they hailed from, reminisced about Christmases past, and joked about the absurdity of war.

"The next morning, as the Christmas sun rose over the battlefield of Europe, tens of thousands of men – some estimates put the number as high as 100,000 soldiers – talked quietly with one another. Enemies just twenty-four hours earlier, they found themselves helping each other bury their dead comrades. More than a few pickup soccer matches were reported. Even officers at the front participated, although when the news filtered back to the high command in the rear, the generals took a less enthusiastic view of the affair. Worried that the truce might undermine military morale, the generals quickly took measures to rein in their troops.

"The surreal 'Christmas truce' ended as abruptly as it began – all in all, a small blip in a war that would end in November 1918 with 8.5 million military deaths in the greatest episode of human carnage in the annals of history until that time. For a few short hours, no more than a day, tens of thousands of human beings broke ranks, not only from their commands but from their allegiances to country, to show their common humanity. Thrown together to maim and kill, they courageously stepped outside of their institutional duties to commiserate with one another and to celebrate each other's lives.

"While the battlefield is supposed to be a place where heroism is measured in one's willingness to kill and die for a noble cause that transcends one's everyday life, these men chose a different type of courage. They reached out to each other's very private suffering and sought solace in each other's plight. Walking across no-man's-land, they found themselves in one another. The strength to comfort each other flowed from a deep unspoken sense of their individual vulnerability and their unrequited desire for the companionship of their fellows.

"It was, without reserve, a very human moment. Still, it was reported as a strange lapse at the time. A century later, we commemorate the episode as a nostalgic interlude in a world we have come to define in very different terms." 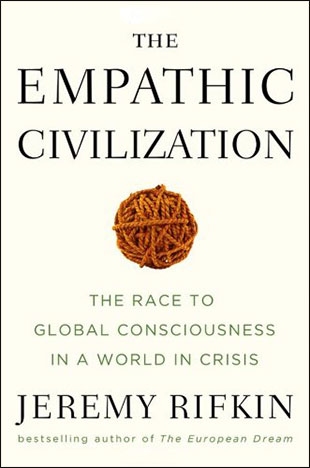