By Michael W. Higgins
A description of Thomas Merton's increasing pacifism during the 1960s and his desire for individual voices to be heard.

"As the 1960s unfolded and the Cold War heated up, Merton found it increasingly difficult to subscribe to what he once dubbed 'the monastery as a dynamo concept.' This pious notion conceived of the monastery as a spiritual power centre, generating grace and blessings, with each monk performing his required spiritual tasks unquestioningly, and all working together in holy harmony under one head. By the early 1960s, Merton had repudiated this notion unequivocally, and had come to believe that the monk as spiritual cog in the great machine was a vicious caricature of monasticism. The idea that Merton had earlier embraced with equanimity if not zeal — that the monk is called to sacrifice his individuality — he now rejected. He now felt that the elimination of the individual voice in the mass society of the 20th century was an evil that must be denounced — that the individual voice must be heard, and heard loudly.

"All the more reason why Merton found the suppression of his own contributions in the public arena of the matter of peace a particularly onerous burden to bear. Merton refused to toe the official Catholic line; he was increasingly pacifist in his thinking, though never a pure one, arguing vigorously against the 'just war' theory that originated with Saint Augustine and was then refined by Saint Thomas Aquinas, and had been standard Catholic teaching for centuries. To Merton, episcopal timidity could not be justified with nuclear incineration on the horizon." 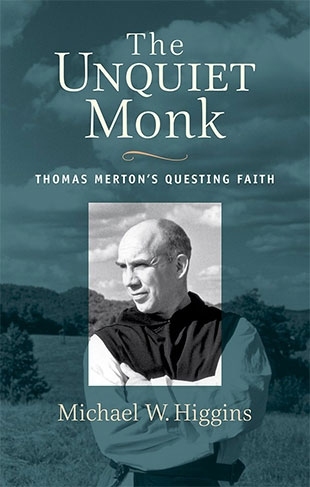