The Splintering of the American Mind Identity Politics, Inequality, and Community on Today's College Campuses

By William Egginton
An exploration of the myth of the level playing field in American.

"All these groups -- people of color as well as suburban and rural whites from lower income families -- need to feel that the American story is their story too. One of the bedrocks of American identity is the notion of equal opportunity. Americans as a rule don't like the idea of social democracies as they have developed in western Europe because they believe that competition is to some degree healthy, both for societies and individuals, and that states that do everything for the individual end up depriving those individuals of motivation, curiosity, and drive. Americans do, however, very much approve of the idea of the 'level playing field,' and are repelled by the kind of inborn privileges that Thomas Jefferson and his fellows rejected in Europe's monarchical societies.

"Today, however, we have increasingly lost any semblance of a level playing field, even as we are coming to realize that the very idea of equality of opportunity was a myth for women and minorities. To the extent that we can cultivate new American stories in which to embed and celebrate the diversity of identities that comprise this nation, those stories need to point to a common heritage and emphasize a common principle. The heritage is our shared history, in all its pain and all its glory. That principle is equality, because for all our failures in getting there, and they have been legion, the core American ideal, the one that constitutes the fellow feeling or glue that binds our community together, is that no one is born better than her neighbor.

"As the philosopher Adam Smith understood it, a society had to inculcate the ability to empathize with our neighbors, what he called the 'fellow-feeling of the misery of others,' and the way to do that was through sharing stories. As he wrote in his monumental Theory of Moral Sentiments, 'Even our sympathy with the grief or joy of another, before we are informed of the cause of either, is always extremely imperfect. General lamentations, which express nothing but the anguish of the sufferer, create rather a curiosity to inquire into his situation, along with some disposition to sympathize with him, than any actual sympathy that is very sensible. The first question that we ask is, What has befallen you? Till this be answered, though we are uneasy both from the vague idea of his misfortune, and still more from torturing ourselves with conjectures about what it may be, yet our fellow-feeling is not very considerable.' Since how we perceive the world is walled off from the perceptions of our fellows by our body and its senses, we need stories to conjure a different space, for 'it is by the imagination only that we can form any conception of what are his sensations.' These are the stories we need to function as a society; without them, we will never be more than solitary souls, obsessed with the satisfaction of our own basic needs." 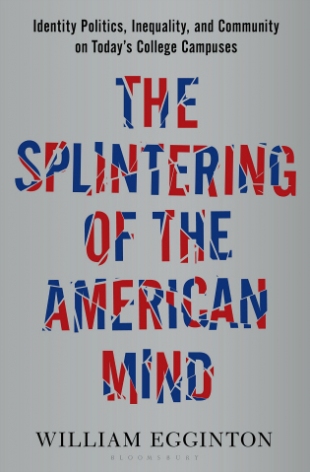