Mapping Religion and Spirituality in a Postsecular World

By Giuseppe Giordan, editor, Enzo Pace, editor
An assessment of the connections between work and prayer in modern monasticism.

"According to Saint Benedict, work is a main element of asceticism. What are, then, the new connections between work, asceticism and prayer in a modern context? Monks in modern and secularized societies need to earn their living. Nowadays monasteries receive less and less donations and may have to pay taxes and security contributions. In this context monastic work — especially in France where monks are not exempt from any taxes and did not get back the vast estates they owned before the French Revolution — have to increase their production and profitability in the course of modernization. Consequently, a lot of monks in current monasteries use computers for their work. This kind of work implies two consequences: First, it is not physical work that adds to a general in equilibrium by balancing prayer. Second, it requires concentration and does not allow praying while it work. An old brother in La Pierre-qui-Vire in charge of accounting declared: "We can pray by weaving a basket, because with this work we have the spirit free. But here, I don't say the rosary while working on the computer! This kind of work becomes more and more important in the monastery, it is a very sedentary occupation, without any physical effort. It has not the value of balance at all as does handwork."

"Complementary to the experience of the impossibility of praying during work, some monks mentioned the difficulty of praying during the divine office when they're engaged in important work that needs attention and causes some difficulties: 'There is a certain tension. We can spend a whole office thinking about where we do not succeed in our work,' says a monk of La Pierre-qui-Vire who used to be bursar. These developments concerning monastic work do not distort the ideal of ora et labora, but it is more and more difficult to reach it. A monk in charge of the Fondation des Monasteres in France affirms: 'We should not forget that, in monastic life, work prolongs prayer. […] I would say work is a support for prayer.' For Brother Daniele from the Benedictine abbey of Praglia in northern Italy, a balance between prayer and work in monastic life would be 'the ideal harmony for the life of each Christian.' " 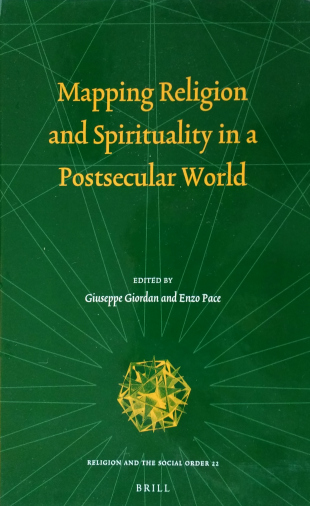