I'll Ask You Three Times, Are You Ok? Tales of driving and being driven.

By Naomi Shihab Nye
An amusing summation of what it's like to take a taxi.

"Once the transactions begin, the baby gets interesting.

"In school a raised hand means you have a question, or you know. Sometimes the arm is very heavy. It is hard to raise up, but something tells you your life will be worse if you don't. I'll take a guess.

"Years later, on a city street, you lift your arm, freeze your fingers at a certain imploring angle or wave them back and forth and expect something to stop for you. Pick you up. Drive you. Drop you off.

"Sometimes there is a meter. You try not to watch it. Watching makes the numbers increase more quickly. You try to notice the scene outside the window. Cardboard boxes being unloaded in front of delicatessens. A large sack of fresh clams on top of a pile of groceries on a rolling dolly. Sunlight is falling onto the clams. "Get those clams into a refrigerator quickly," you want to call out the window. But they are not your clams and you are gone, gone, gone.

"Sometimes there is a set price. Sometimes, especially in other countries, you can't understand what the price is going to be and you still take the taxi, worried for the whole ride. Then at the other end there is some negotiating to deal with. Sometimes it is easy.

"Many times you get a bonus. A taxi driver tells you one wondrous thing during the journey. It rings in your ears all day.

"An impeccably neat driver from Ghana in Washington, D.C., told me he could solve all the government's problems in two weeks if given the chance. But no one had asked for his advice yet." 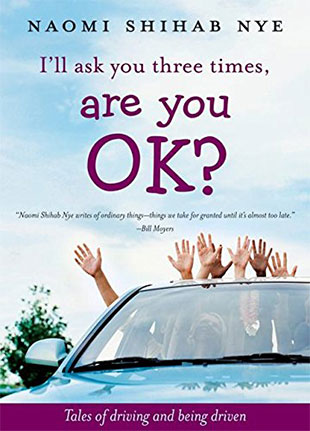